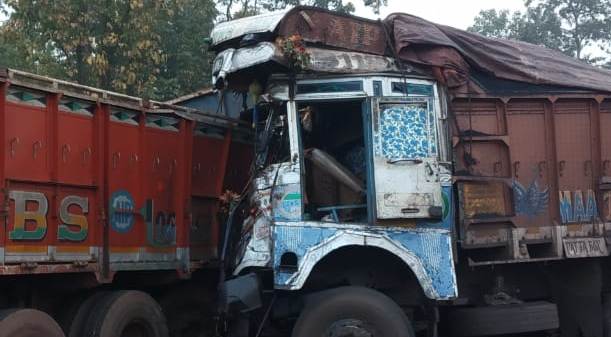 According to reports, the mishap took place around 2 am when an iron-laden truck and a coal-laden truck had a head-on collision. The two drivers died on the spot under the impact of the collision.

The two trucks were severely damaged in the road accident. On being informed, Fire personnel reached the spot and recovered the bodies from the vehicles. Police have started investigation into the incident.