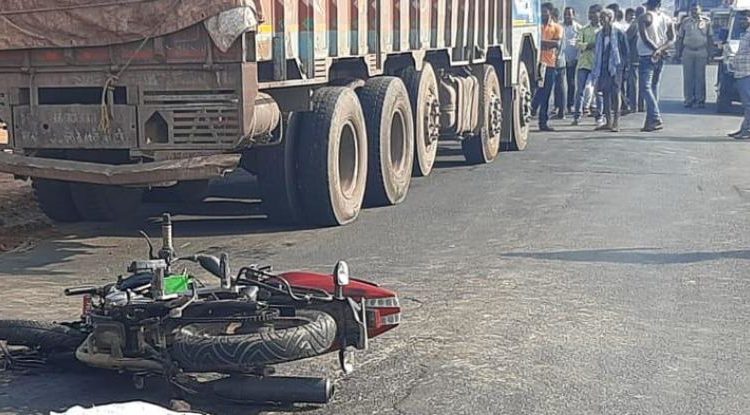 Dhenkanal: Two persons including a woman were killed in a head-on collision between a motorcycle and truck near Kantanali Chhak in Dhenkanal Bypass Road today afternoon.

The deceased has been identified as Rakhal Samal from Jajpur whereas the identity of the woman is yet to be ascertained.

Rakhal along with a woman was going towards Angul on a motorcycle during which the two-wheeler was hit by a truck coming from the opposite direction. Rakhal and the woman died on the spot.

Eyewitnesses said a phone call to Rakhal’s mobile following the accident revealed his identity. He was working with a finance company.

After receiving information, police reached the spot and sent the bodies for post mortem. The truck driver has been arrested in connection with the incident.