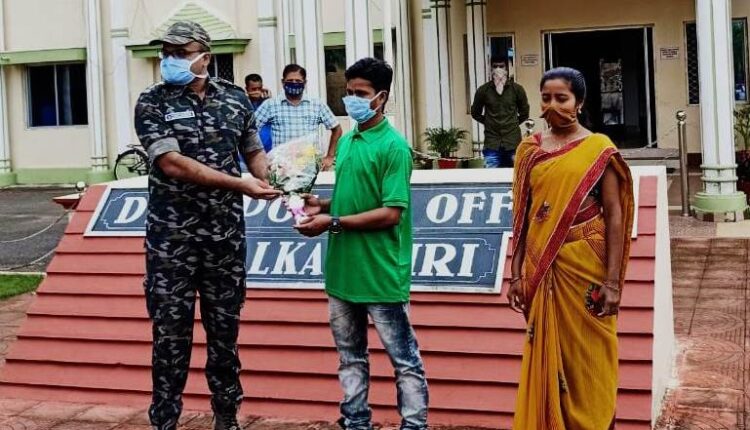 Malkangiri: Two Maoists, including a woman, surrendered before police in Odisha’s Malkangiri district today. The duo has been identified as Lake Punem and Kanna Madi.

While Lake was involved in a couple of incidents of exchange of fire with security forces, Kanna allegedly killed several civilians and was also involved in IED blast, police sources said.

Lake had joined the banned CPI (Maoist) party in April, 2018 and was carrying a cash reward of Rs 2 lakh on her head. She got disappointed with the behaviour of Maoist leaders towards women cadres because of persistent gender discrimination between male and female cadres in promotions as well as overall treatment towards them, for which she decided to quit the organization. Female cadres are subjected to continuous physical and mental harassment and are often left neglected, the sources said.

On the other hand, Kanna had joined the banned CPI (Maoist) party in 2013 and was carrying a cash reward of Rs 4 lakh on his head. He saw developmental activities in Swabhiman Anchal of Malkangiri by the State Government after the inauguration of Gurupriya Bridge by Odisha CM, after which he decided to leave the organisation, police said.