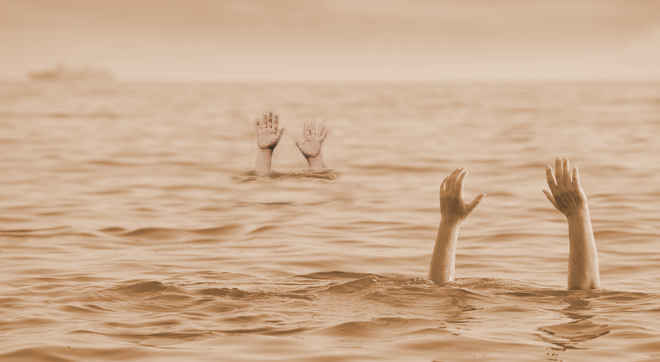 Berhampur: Two persons, including a woman drowned while three others were rescued alive in separate incidents in Ganjam district today.

As per reports, a woman went missing while three others were rescued from Rushikulya river at Kanjiama village under Hinjilicut police limits in Ganjam district this morning.

Sources said four women had gone to the river to collect Holy water for ‘Khudurukuni Puja’  today. While fetching water, the four girls slipped into deep water and swept away by strong current. Soon after, locals raised an alarm, following which fire officials rushed to the spot and rescued three of them while another is yet to be traced. Search operation underway to locate the other woman, said a fire official.

In a separate incident, a 38-year-old man drowned while returning  to his village Chadhiapalli from Ambapua crossing Badanadi at around 10 AM today. The deceased has been identified as Raj Kishore Lenka, a lineman by profession.