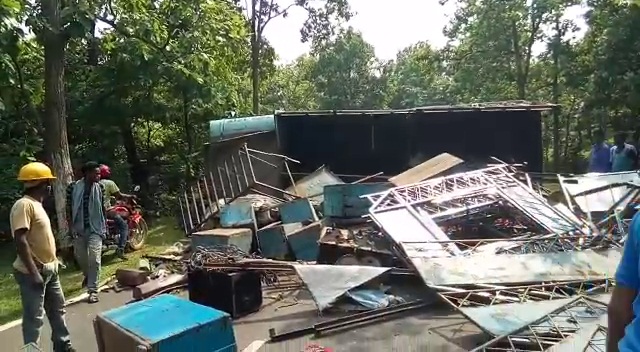 Dhenkanal: Two minor boys were killed and five others were injured in head-on collision between a bike and truck here today.

The deceased were identified as Om Bardhan Jena and Somesh Muduli (both aged 14 years old) of Kamakhyanagar area.

The injured persons were admitted to a hospital for treatment.

According to reports, the bike on which two minor boys were travelling collided head-on with a truck that was carrying articles belonging to a Jatra troupe near Bhalumunda Chhak in Kamakhyanagar.

The truck turned turtle following head-on collision. While the boys died on the spot, five others in the truck were injured in the incident.

The locals rescued the injured persons and took them to the Analabereni CHC in Kamakhyanagar.