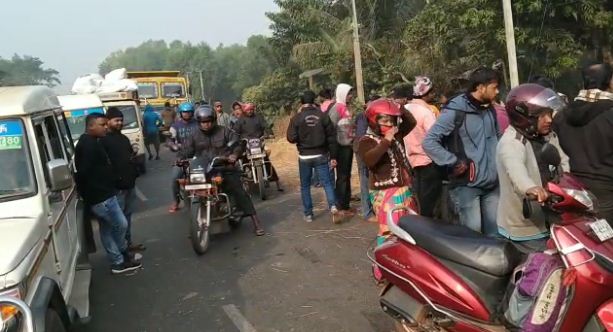 Balasore: In a tragic incident, two minor brothers were killed as the motorcycle on which they were travelling and a dumper truck collided head-on on State Highway-57 near Satasulia Chhak under Kamarda police limits in Odisha’s Balasore district today.

The deceased have been identified as Kishore Das (16) and Swadhin Das (11) of Banida area under Jaleswar police limits.

According to reports, the duo was returning home on the motorcycle this morning around 8 am after buying a gift for a wedding ceremony when the vehicle collided head-on with a dumper.

The two sustained critical injuries in the road mishap and were rushed to a hospital by locals. However, doctor declared the two brothers dead at the hospital.

Irate locals staged road blockade by burning tyres demanding compensation for the family of the deceased and construction of speed breaker at the spot.

The driver of the truck fled the spot after the accident.