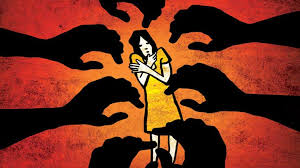 Lucknow: Five men gang raped two minor girls in Uttar Pradesh, police said on Monday. A manhunt is on to nab the accused.

The girls, aged 14 and 15 years, were gang raped on Saturday night when they went out to answer nature’s call in a field, the victims said in a police complaint registered on Monday.

They said the attackers, who were from their village, abducted them and then took turns to rape them inside a school building.

They told the police that the five men — Raees, Samru, Fatte, Yasu and Sohail — then dragged them into a car and raped them again inside the moving vehicle.

They were then dumped on the Delhi-Badaun highway, some 15 km from the village.

Superintendent of Police (City) Praveen Ranjan Singh said that a case has been registered. The girls were sent for medical examination.