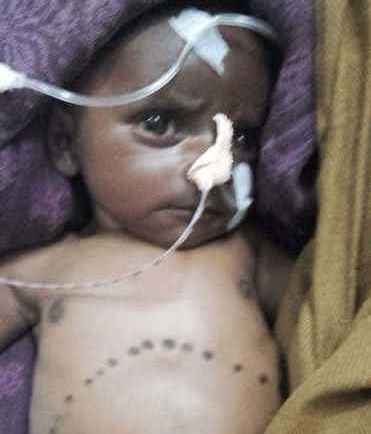 Superstitious belief has claimed life of yet another child in Nabarangpur district of Odisha as a two-month-old baby boy, who was branded with hot seed, died while undergoing treatment at hospital today.

According to reports, the deceased, identified as Akash, son of Biju Ganda of Bharasundi village under Raighar block in the district, was suffering from stomach pain, fever and cold.

The baby’s mother branded him with hot seeds on his belly believing that it would cure the ailment following which the child sustained burn injuries and became critically ill.

He was initially admitted to Raighar hospital and later shifted to Umerkote hospital as his condition deteriorated.

The child was eventually admitted to Sick Newborn Care Unit (SNCU) of Nabarangpur district headquarters hospital where he succumbed to his injuries today while undergoing treatment.