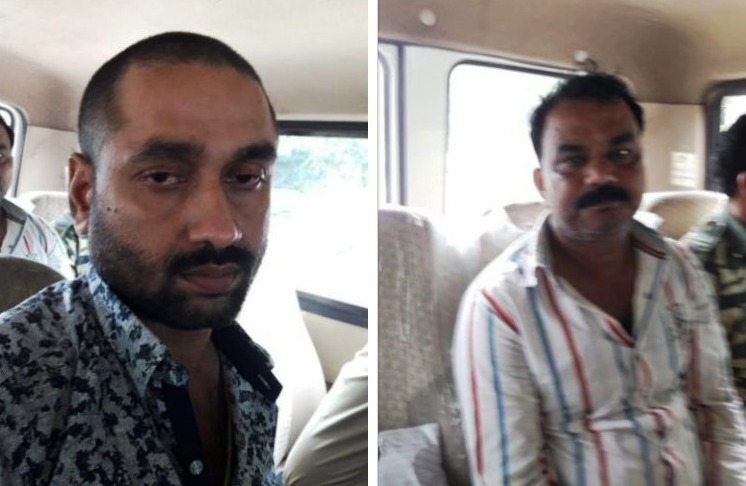 The STF arrested Dipti Ranjan Dash alias Lulu of Jagatsinghpur and Chitaranjan Sahoo alias Habula of Tangi in Cuttack district under Sections 387, 506, 120-B and 34 of the IPC and 25 and 27 under Arms Act. They were later produced before the Kujang JMFC court today.

The officials also conducted a raid on Lulu’s houses in Jagatsinghpur and Bhubaneswar and seized a pistol, 12 rounds of live ammunition, two cars including an Audi, cash of Rs 64,250 and various incriminating documents.

Further investigation is on to arrest other accused in this connection, sources said.