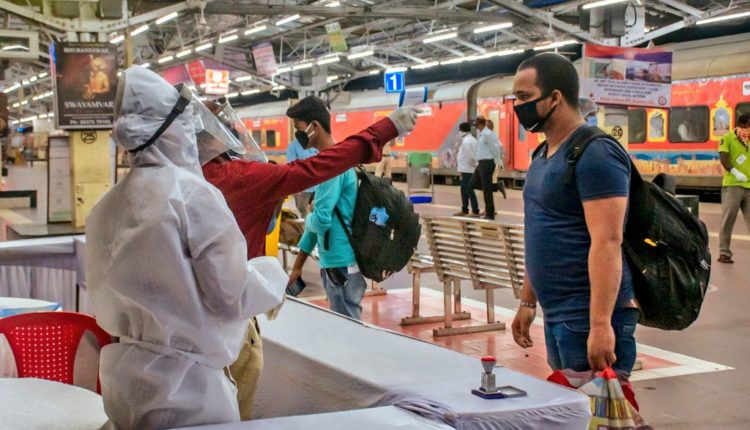 Official source said that all Hyderabad returnees were sent to quarantine centres after their arrival for testing COVID-19 as well as to prevent further spread of infections in the community.

Meanwhile, another Shramik special train with over 400 migrant workers has arrived in Rayagada Railway Station from Andhra Pradesh today.

They will go through the procedures as per the guidelines Ministry of Home Affairs (MHA) to fight COVID-19.

On Friday, a special train carrying 496 people from New Delhi reached Bhubaneswar in the evening.

Altogether 1,503 people had boarded the train in New Delhi and the rest of the passengers got down at Bokaro, Jamshedpur, Hijli (Kharagpur), an East Coast Railway (ECoR) spokesperson said.

The returnees were stamped with indelible ink mentioning the quarantine period on their right hand after arrival.

The 496 passengers who deboarded at Bhubaneswar underwent screening, officials said, adding that this was the first such train to arrive here from the national capital.

Several buses and app-based cabs were also arranged for the returnees to take them to their respective destinations.

Migrants walking through Odisha will be provided transport: DGP

Two more special trains from Bhubaneswar to New Delhi this…