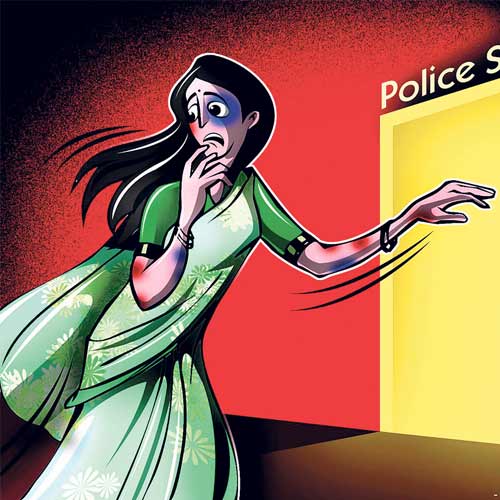 Sambalpur/Balasore: Even as the law has been stringent to check domestic violence cases, two women from Odisha leveled dowry allegations against their husbands working in the United States of America.

The victims were identified as Subhashree Panda of Sambalpur district and Dibya Debjani Patra of Balasore district.

Two different cases have been registered at the Mahila police stations in two districts to probe into the dowry allegations.

According to reports, Subhashree had tied the knot with Biswajit Hota, who hails from Sambalpur and is working in the US, in the year 2012. Even after having children, her in-laws and husband were torturing her for dowry, she alleged.

She managed to flee from the US in the July after facing extreme torture by her husband and in-laws. After reaching Sambalpur, she lodged a dowry complaint against her hubby. Based on the complaint, the police served a notice to Biswajit and her in-laws.

Similarly, another case was lodged at Mahila police station in Balasore district following dowry allegation by Dibya Debjani Patra against her husband.

According to reports, Dibya had married Jyoti Prakash Mahalik, a resident of Alpur in Balasore district, in 2016. Jyoti works as an engineer in power sector in the US.

Dibya alleged that during her stay in the US, her husband and in-laws were pressuring her to transfer her parental assets in name of her Jyoti. As she was suffering from Thyroid, her in-laws were allegedly mentally torturing her over future pregnancy.

Later, she moved from the US to Balasore and lodged a complaint with police seeking justice. A notice has been served to Jyoti’s family following the complaint.

Woman ‘burnt to death’ by in-laws over dowry on Bhubaneswar…