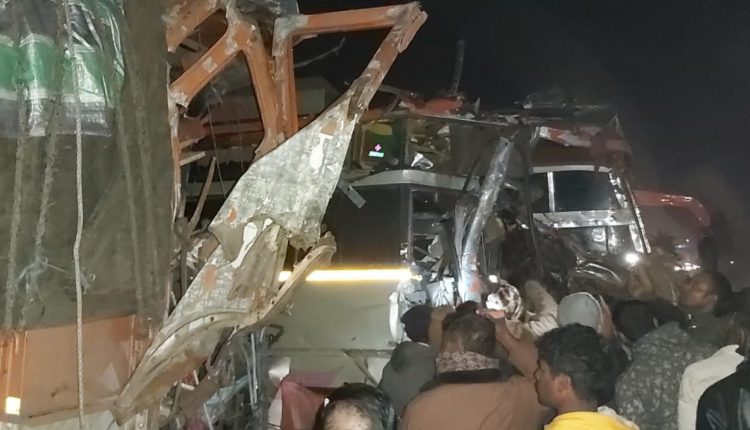 Bhadrak: Two passengers were killed and over 30 were injured after a head-on collision between a bus and truck at Bant Chhak on NH-16 in Bhadrak district this morning.

The passengers were on way to Bhadrak Railway Station to return to their homes from Dhamnagar after attending ‘Urs’ festival.

According to reports, the bus carrying over 50 passengers from Dhamnagar collided head-on with a truck at BAnt Chhak on the National Highway-16. While two passengers died on the spot, more than 30 persons sustained injuries in the incident, out of which five were critical in condition.

Tension erupted disrupting the vehicular traffic on the NH following the incident.

On receiving information, the fire services personnel rescued the victims from the ill-fated bus.

Fat men are having more sex than thinner males