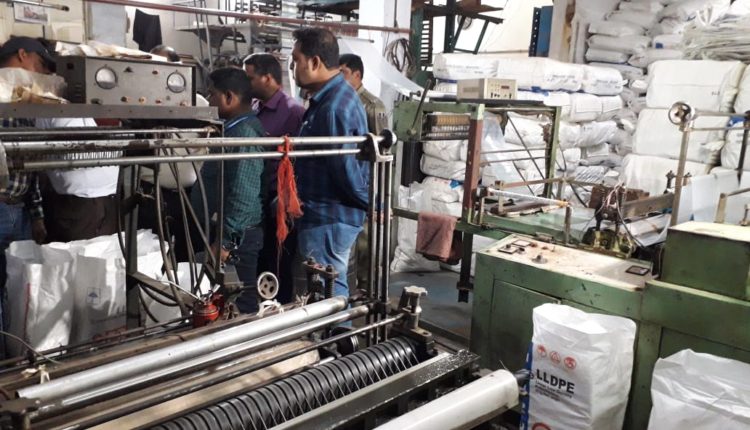 Bhubaneswar: Two polythene manufacturing units here were fined today after a team of BMC, BDA, the State Pollution Control Board and police officials found their illegal operations during a search.

Following a directive was issued by BMC Commissioner Prem Chandra Choudhury, the special team inspected Polychem India and Nandimetal Rolling Mills in Bhubaneswar. The officials found that the units were manufacturing polythene less than 50 micron.

This apart, both the plants were running without required trade licence and certificate from the pollution control board.