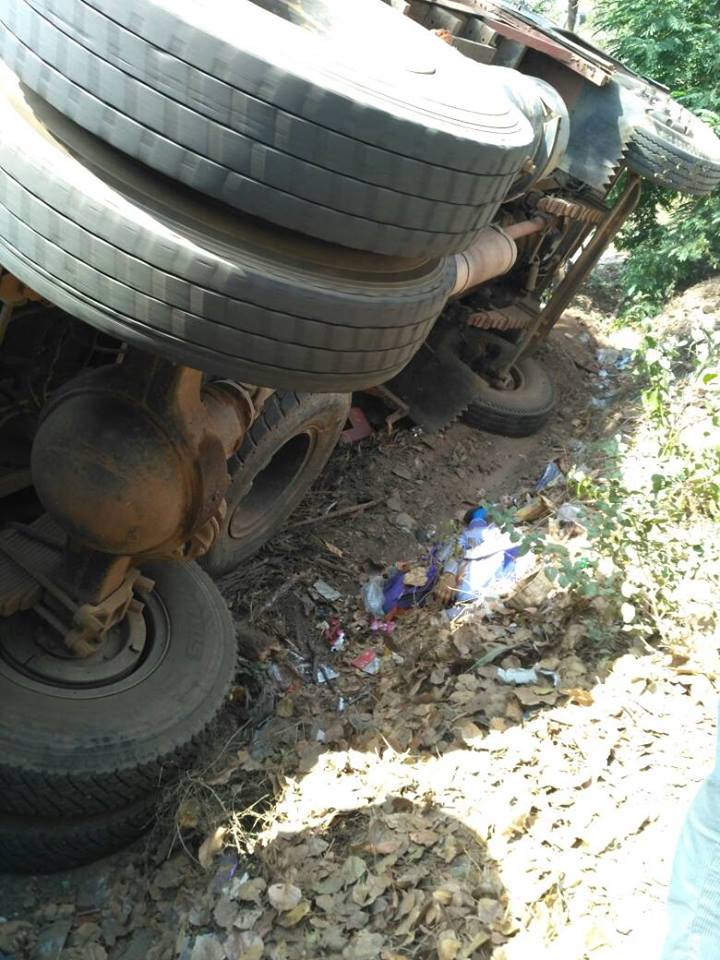 In a tragic incident, two school students, both brother and sister in relation, were crushed to death under a truck and two others sustained grievous injuries as the vehicle overturned and fell on them on NH-55 near Rairakhol in Sambalpur district of Odisha today.

The deceased were identified as Adyasha Behera and Chinmay Behera, students of class X and VIII respectively of Prabhujee English Medium School.

According to sources, the mishap took place at around 10.30 am when the students were returning home from the school. A pipe-laden truck coming from rear lost control near a hump and fell on the students killing two of them on the spot and critically injuring two others.

The injured were admitted to Rairakhol sub-divisional hospital, reports said.

The helper of the truck was also injured in the incident while the driver of the vehicle fled the spot after the accident, reports added.

Police reached the spot and started investigation. Efforts are on to nab the driver of the truck, police said.

Tribal fair to be shifted to Janata Maidan in Odisha capital