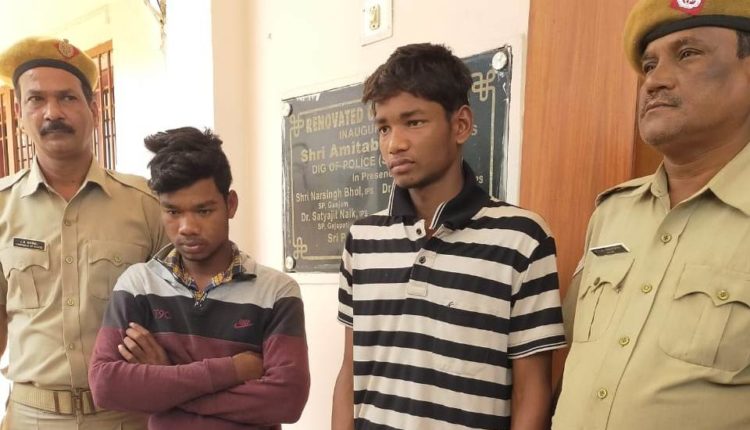 Berhampur: Ganjam police arrested two youth on charges of gang-raping a minor girl in Chikiti area here in the district. The accused persons have been identified as Janardhan Behera and Mithun Das.

According to reports, the duo had outraged modesty of the minor girl while she had been to a river on January 10.

They allegedly raped her by tying her with a scarf and forcing her to consume a soft drink that had toxic substances.

Reports said that they had gang-raped her for two days at a secluded place. Later, they dumped her near her house in an unconscious state and fled from the area.

The family members rescued the victim in a critical condition and rushed her to the MKCG Medical College and Hospital in Berhampur for treatment.

Following a complaint by the victim’s family, Sunapur Marine Police arrested the duo in connection with case yesterday. They were booked under sections 363m 323 and 376(D)(A) of IPC and POCSO Act. They have been forwarded to a local court today.