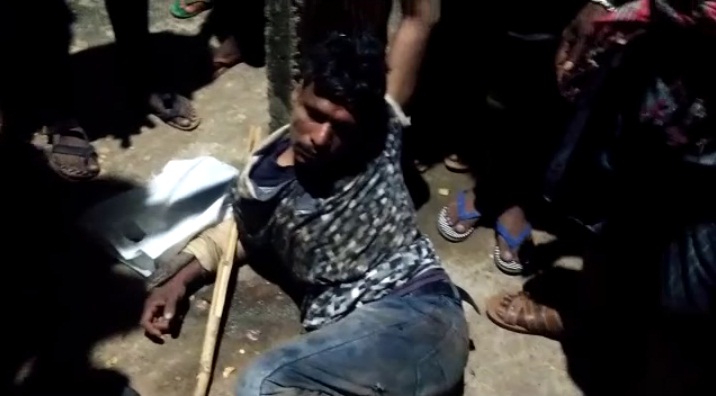 Nayagarh: Two youth were thrashed black and blue by the locals for alleged loot from a house at Baigania village under Fategarh police limits here in the district.

The two accused persons were captured by the villagers while they along with two others were inside a house owned by a resident namely Pathani Nanda yesterday night for robbery.

According to reports, four robbers had entered into the residence of Nanda for loot on Wednesday night. They were spotted by the resident’s neighbour while they were entering to the house. The neighbour immediately informed others about it, following which they tried to nab the thieves inside the house.

While two robbers managed to flee from the spot, their two associates were caught by the villagers. The irate locals assaulted them for robbery without mercy.

Later, they handed over the accused persons to the Fategarh police.