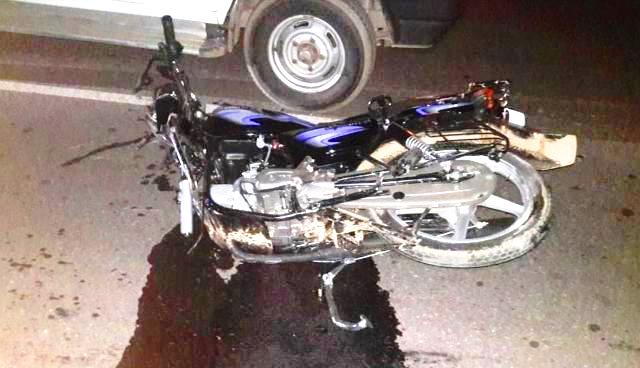 Sundergarh: Two youths were killed after the bike they were travelling on was hit by an unidentified vehicle near Rani Bagicha Bypass in Sundergarh district late last night.

However, the identity of the two deceased is yet to be ascertained.

Sources said while patrolling, the Sundergarh police found the two youths in a pool of blood near Rani Bagicha Bypass and a completely damaged bike on the road at around 2 AM. The two youths, believed to be the residents of Mission Area, had suffered grievous injuries on their heads.

On receiving information, police rushed to the spot and sent the dead bodies to hospital for post mortem.