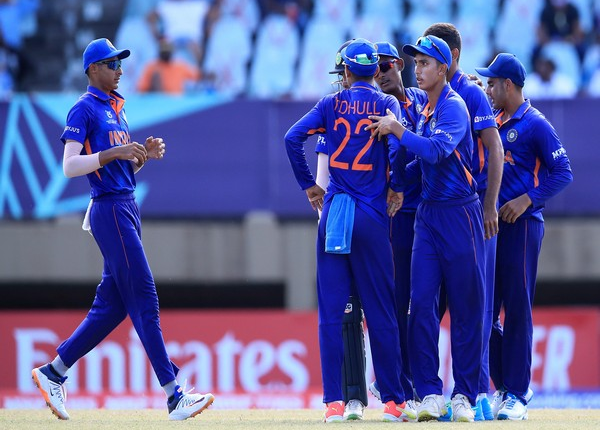 Trinidad: Many members of the India Under 19 team, including skipper Yash Dhull and vice-captain SK Rasheed, have contracted Covid-19 and have been put in isolation, forcing the side to field a almost depleted team against Ireland in the ongoing World Cup, here on Wednesday.

At least half a dozen players in the Indian camp have tested positive and it was not easy to field a proper XI for the second game of the Under 19 World Cup. But, having a 17-member squad for the tournament helped India field a decent side, a Cricbuzz report said.

However, the team management has had to send coaches to the field to give drinks to the players during the game. In absence of regular skipper Yash Dhull, Nishant Sindhu is leading the side at the Brian Lara Stadium in Trinidad.

It is learnt that, apart from Dhull and Rasheed, Manav Parakh, Siddarth Yadav, Aaradhya Yadav and Vasu Vats are in isolation.

“We understand that some players have come in close contact with Covid positive players and as a measure of precaution the players have been isolated. The fact that they are playing Ireland has helped the team management. The team wants to avoid risk ahead of the bigger games,” a source in knowledge of the development said.

India opened their campaign in the ICC Under 19 World Cup 2022 with a win against South Africa.