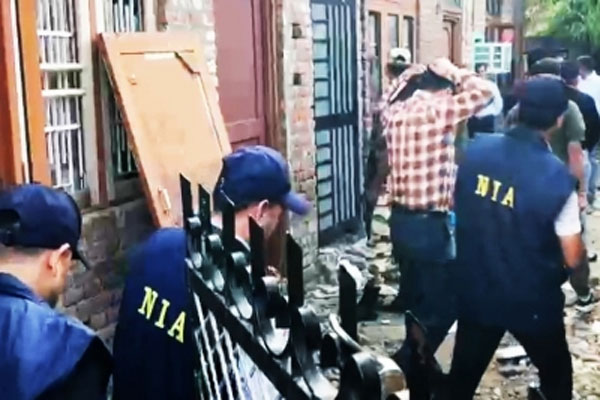 New Delhi: The Ministry of Home Affairs (MHA) has transferred the probe in the murder of Kanhaiya Lal in Udaipur to the National Investigation Agency (NIA) to explore if there is any terror angle.

“The MHA has directed the National Investigation Agency (NIA) to take over the investigation of the brutal murder of Shri Kanhaiya Lal Teli committed at Udaipur, Rajasthan yesterday. The involvement of any organisation and international links will be thoroughly investigated,” said an official.

“We have doubt that there can be terrorist groups behind them. The accused could be in touch with terrorists group. To ascertain all these things, a team of NIA has reached Udaipur,” said the source.

After taking over the probe, the NIA has lodged a fresh case.

The matter is being seen as a threat to the national security.

A gruesome murder in broad daylight reported from a crowded street in Udaipur on Tuesday has triggered tension in the Lake City after the murderers posted a video on social media claiming to teach a lesson to the victim for putting up a social media post.

As per the police, the victim, a tailor by profession, was attacked by a sharp-edged weapon. The video of the incident has gone viral on social media, which is being termed as a Taliban-style murder.

In the viral video, one of the two accused could be heard saying, “I will make the video viral when I accomplish my goal to teach a lesson to the accused who has shown disrespect to our God.”

Police sources said that the plot to murder this man was chalked out some 10 days ago.