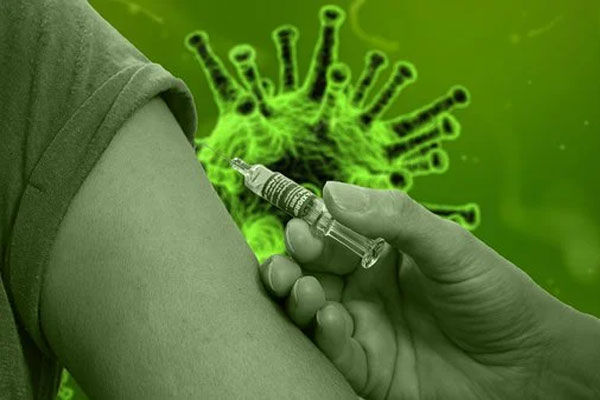 London: The UK on Wednesday approved the use of the Oxford University-AstraZeneca’s Covid-19 vaccine with the first shots expected to be given on January 4.

The world’s attention has been fixed on this vaccine for several months now because of a number of factors including its low cost, ease of storage, transportation and administration.

The approval by the UK is likely to pave the way for authorisation of the vaccine in several countries including India.

The UK now has two vaccines to fight the pandemic as the country has already vaccinated hundreds of thousands of patients with the Pfizer/BioNTech vaccine.

The approval of the “COVID-19 Vaccine AstraZeneca” will give a big shot in the arm to the UK government’s fight against the disease amid rising cases and fear of the recently discovered new strain making the situation worse.

“It is truly fantastic news – and a triumph for British science – that the @UniofOxford/@AstraZeneca vaccine has been approved for use. We will now move to vaccinate as many people as quickly as possible,” UK Prime Minister Boris Johnson said in a tweet.

The UK has ordered 100 million doses of the vaccine which is enough to vaccinate 50 million people.

“This vaccine will be made available to some of the poorest regions of the world at a low cost, helping protect countless people from this awful disease,” Matt Hancock, UK Secretary of State for Health and Social Care, said in a statement.

“It is a tribute to the incredible UK scientists at Oxford University and AstraZeneca whose breakthrough will help to save lives around the world.”

The UK medicines regulator, the Medicines and Healthcare products Regulatory Agency (MHRA), concluded that the vaccine has met its strict standards of safety, quality and effectiveness.

The UK’s Joint Committee on Vaccination and Immunisation (JCVI) has advised that priority should be to give to as many people in at-risk groups as possible their first dose, rather than providing the required two doses in as short a time as possible, the UK government said.

Everyone will still receive their second dose and this will be within 12 weeks of their first. The second dose completes the course and is important for longer term protection, it added.

AstraZeneca said that it is working with Public Health England and National Health Service England to support the deployment and roll out of the vaccine in the UK, in line with the MHRA and the JCVI dosing recommendation.

“Today is an important day for millions of people in the UK who will get access to this new vaccine. It has been shown to be effective, well-tolerated, simple to administer and is supplied by AstraZeneca at no profit,” said Pascal Soriot, Chief Executive Officer.

The Serum Institute of India is manufacturing the Oxford-AstraZeneca Covid-19 vaccine in India.