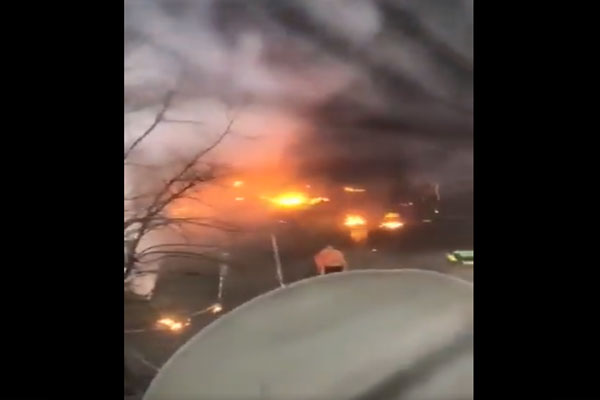 Bhubaneswar/Kyiv: Ukraine’s interior affairs minister Denys Monastyrsky and 17 others reportedly died after a helicopter crashed beside a kindergarten in an eastern suburb of Kyiv.

Among the 18 deceased, nine died as the helicopter came down and nine others, including three children, died on the ground as fire broke close to the kindergarten after the crash.

As per media reports, Monastyrsky was accompanied by eight others in the helicopter including his first deputy minister Yevgeny Yenin and state secretary Yuriy Lubkovich.

Moreover, Oleksiy Kuleba, head of Kyiv’s regional military administration, told media that fire broke out close to the kindergarten after the crash and as many as 29 people were injured among which, 15 were children.

Further details regarding the incident are awaited.