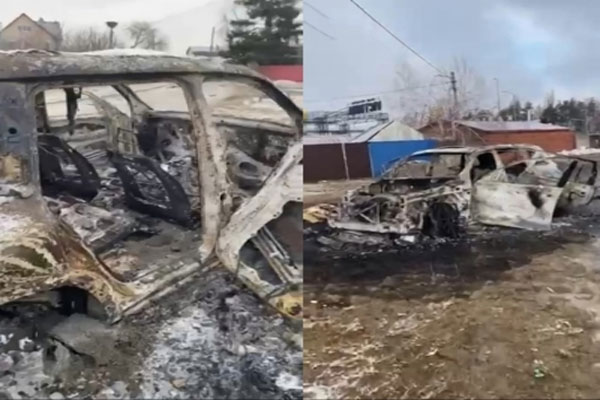 Share
Kyiv: Ukrainian law enforcement officers have discovered 1,084 bodies in the Kyiv region, with a majority of them shot dead, a top police official said.

“The bodies have been examined by investigators and transported to forensic medical facilities. The victims are civilians who had no connection to territorial defence (forces) or to other military formations,” Ukrayinska Pravda quoted Andrii Nabytov, head of the regional police, as saying in a televised broadcast on Friday night.

“The overwhelming majority, between 50 and 75 per cent, of the victims were killed by firearms: machine guns, sniper rifles, submachine guns, depending on the settlement. At present, more than 300 bodies of the victims have not been identified,” he added.

Instead of waiting for information, Nabytov urged Ukrainians to provide details about friends and relatives who have disappeared or who have not been in touch with them since the war broke out on February 24.

When providing information, they should, in the first instance, use the special phone line 102, he added.

Since Russia launched its invasion of Kyiv until April 21, the UN Human Rights Office has recorded 2,435 civilian deaths and 2,946 injuries.

However, the Office specified that the real numbers could be higher, as information from some locations where intense hostilities have been going on has been delayed and many reports are still pending corroboration.

The Ukrainian government has put the death toll at above 10,000.