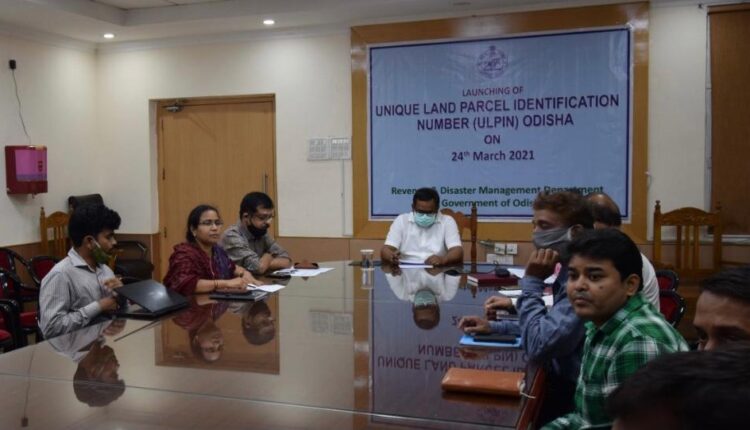 Bhubaneswar: Unique Land Parcel Identification Number (ULPIN), a 14 digit number having details of plots, was yesterday launched in Odisha on a pilot basis. The number contains ownership details of the plot besides its size and longitudinal and latitudinal attributes up to tehsil level and beyond.

ULPIN would be a single and authoritative source of information for any land or property which can be used by any organization consuming land related information.

The single source of information can authenticate the ownership, which in turn can end the dubious ownership of land. Through this, government lands can be easily identified and its protection from shabby land transaction will be seamless.

ULPIN will provide an open, transparent, and efficient process for the development and maintenance of land records. All issues related to collection of taxes and ownership of the plot can be traced using one single number. Land is often used as collateral for loans taken by farmers and unclear land deals inhibit their capacity to do so. ULPIN can be implemented in both cases, with and without geo-referencing though primarily it works with geo-referencing.

In Odisha, ULPIN has been rolled out in three villages– Barkhandia and Kandeijori of Deogarh Tehsil and Barakhol of Riamal Tehsil in Deogarh district on a pilot basis. All these villages have been geo-referenced.