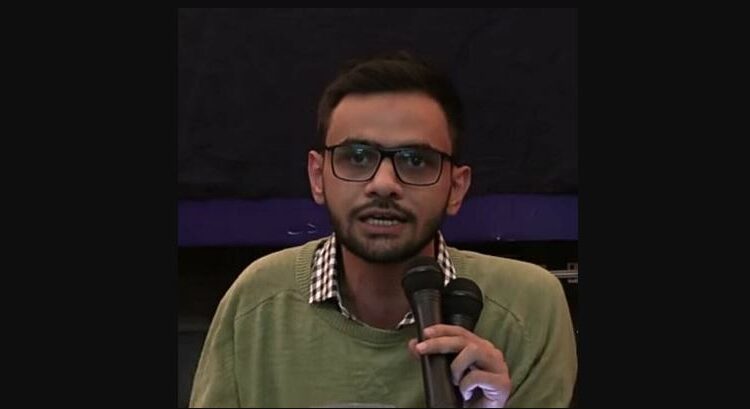 New Delhi: The Delhi High Court on Friday issued notice to Delhi Police on the bail application of JNU scholar-activist Umar Khalid, who had approached the court following the dismissal of his bail plea from a trial court in the alleged “larger conspiracy” behind the Delhi riots.

While issuing notice in the matter, the division bench of Justices Siddharth Mridul and Rajnish Bhatnagar said the speech delivered by Umar Khalid at Amravati, was “offensive and obnoxious”.

Seeking the stand of prosecution and to reply within three days, the bench slated the matter for further hearing on April 27.

During the course of the hearing, the court asked Khalid’s counsel about the speeches he delivered.

“Did Gandhiji ever employ this language? Did Shaheed Bhagat Singh ever employ such language? We have no qualms about permitting free speech but what are you saying?”, the bench asked.

Earlier in the trial court, Khalid’s counsel, opposing the charges under the Indian Penal Code and UAPA, had termed the charge sheet a “work of fiction”. He argued that the speech given by Khalid was about Gandhi, harmony, and the Constitution, and it was not a crime. After the submissions, the court had reserved the order.

Opposing the bail plea, Special Public Prosecutor (SPP) Amit Prasad had argued on the relevance of the speech given by Umar Khalid in Amravati in February 2020. He said the bail application was rejected on February 11, 2022 pointing out that the announcement of Donald Trump visiting India came on the same day.

Last month, Additional Sessions Judge Amitabh Rawat had denied bail to Khalid, observing that there were reasonable grounds for believing that the accusation against the accused are prima facie true.

It also stated that the contention that he was a researcher and his bent of mind can be assessed from his doctoral thesis on welfare aspects of tribals of Jharkhand and other writings is not a relevant consideration while deciding the bail application.

Tragic! Woman, 14-YO daughter succumb to snakebite in Odisha