Umar Khalid case: Is it proper to use the word ‘Jumla’ against PM Modi, asks Delhi HC 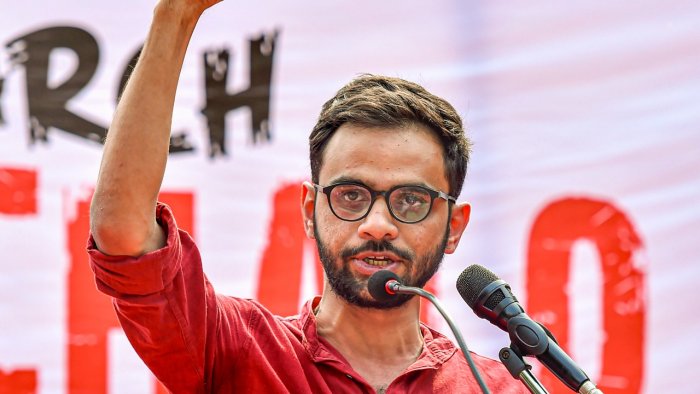 New Delhi: The Delhi High Court on Wednesday asked whether it’s proper to use the word ‘Jumla’ against the Prime Minister, during the hearing of the appeal of JNU scholar-activist Umar Khalid in the Delhi riots’ larger conspiracy case.

A division bench comprising Justices Siddharth Mridul and Rajnish Bhatnagar, during the hearing, took note of the video clip of Khalid’s alleged offensive speech delivered in Amravati in February 2021.

Before the bench, Khalid’s counsel Trideep Pais argued that the harsh words used against the government cannot amount to an offense under the Unlawful Activities (Prevention) Act.

During the course of the hearing, Justice Mridul asked: “This word jumla is used against the Prime Minister of India. Is it proper?”, at which the counsel said that it is not illegal to criticise the policies of the government.

Earlier on April 22, the bench had said that the speech delivered by Umar Khalid at Amravati, was “offensive and obnoxious”. “Did Gandhiji ever employ this language? Did Shaheed Bhagat Singh ever employ such language? We have no qualms about permitting free speech but what are you saying?”, the bench had asked.

Last month, Additional Sessions Judge Amitabh Rawat had denied bail to Khalid, observing that there were reasonable grounds for believing that the accusation against the accused are prima facie true.

Pull out of IPL 2022, for all you care: Ravi Shastri’s advice to struggling Virat Kohli

No respite from intense heatwave in Odisha; Yellow Warning issued for these districts