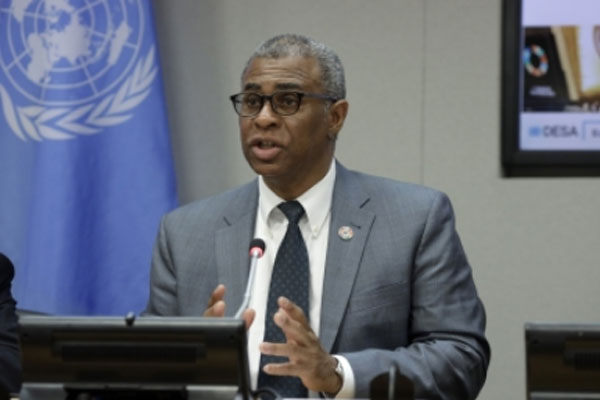 United Nations:  The United Nations sees the Indian economy recovering by 7.3 per cent this calendar year after a coronavirus-driven fall of 9.6 per cent last year.

The UN’s World Economic Situation and Prospects 2021 report released on Monday said that “despite drastic fiscal and monetary stimulus” India’s gross domestic product (GDP) fell because of lockdowns and other containment efforts that “slashed domestic consumption without halting the spread of the disease.”

India’s GDP growth was forecast to dip in 2022 calendar year to 5.9 per cent, according to the report.

China, where the Covid-19 pandemic started and spread bring the rest of the world to its knees, was the only major economy to have grown last year, registering a 2.4 per cent increase last and is forecast to grow by 7.2 per cent this year and by 5.8 per cent next year, according to the report.

The global economy shrank by 4.3 per cent last year and is forecast to grow by 4.7 per cent this year and 5.9 per cent the next.

UN’s Chief Economist Elliot Harris said, “The depth and severity of the unprecedented crisis foreshadows a slow and painful recovery.”

He warned against the temptation to impose excessive fiscal austerity while the world recovers from the pandemic.

“As we step into a long recovery phase with the roll out of the vaccines against Covid-19, we need to start boosting longer-term investments that chart the path toward a more resilient recovery,” he said.

He said that the world now needed “a redefined debt sustainability framework, universal social protection schemes, and an accelerated transition to the green economy.”

The World Bank earlier this month forecast India’s economy to fall by 9.6 per cent during the current financial year but recover by 5.4 per cent next financial year if there is wide vaccination against the disease and it is contained.

The International Monetary Fund is set to release on Tuesday its report on the economic scenario with growth forecasts.