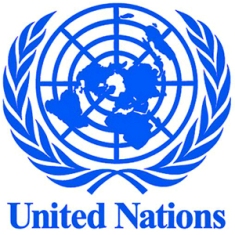 New Delhi:The UN Office of Drugs and Crime (UNODC) and the Home Ministry have joined hands to combat human trafficking originating from the neighbouring countries.

UN Women and the UNODC also decided to collaborate to fight off the menace, while observing the World Day against Trafficking in Persons.

World Day against Trafficking in Persons was on July 30 and it was observed on Monday in the national capital.

“I am pleased to know that UNODC South Asia has decided to create a unique Trafficking in Persons Platform. From the perspective of law enforcement and rehabilitating,” Lok Sabha MP Meenakshi Lekhi, said at the event.

Addressing representatives from Nepal, Bangladesh, India, Lekhi said that trafficking deserved the severest punishment and that there was a need, firstly, to identify the zones from where the crime emerges.

“I, as a public representative, am very concerned about trafficking wherever it happens in the country,” she said.

She said that regions hit by natural calamities like drought, flood, hurricane, and tsunami, are the breeding grounds for those who indulge in the trafficking business as they find many potential victims there.

The MP also said that people in such regions should be made aware of their “vulnerability”. This can be done through informative short films, public discourse, community led activities like safe sleeping and safe bathrooms.

She said that to effectively tackle the problem, trafficking rings have to be broken, and the victims have to be rehabilitated through imparting meaningful vocational training which ensures sustenance.

Speaking on the occasion, UNODC South Asia representative Sergey Kapinos, said: “UNODC’s latest report identifies more than 500 different forms of trafficking…Children make up for almost one-third of all victims worldwide. There is a need to act now to collectively address this issue.

“We can all benefit by strengthening regional mechanisms of sharing knowledge, information, intelligence and good practices. UNODC is committed to addressing human trafficking through four Ps: prosecution, protection, prevention and partnerships,” he added.