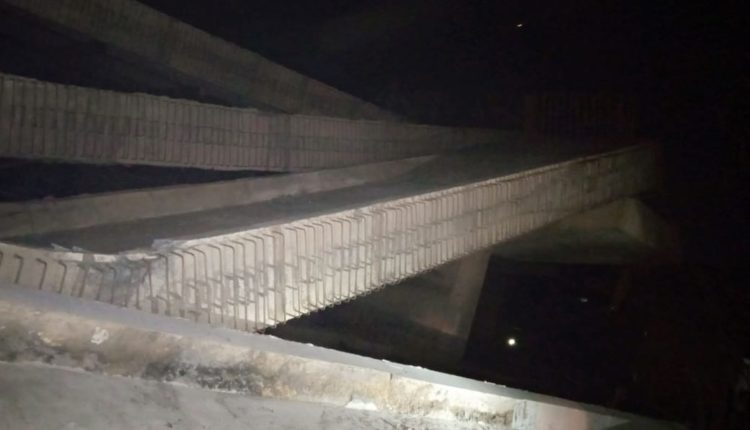 Deogarh: An under-construction flyover’s beam collapsed in Deogarh municipal area this evening. As per reports, no one has been injured in the accident. This is the second such incident reported in the State within a week. On January 24, the roof of Link Building at the Biju Patnaik International Airport in Bhubaneswar collapsed killing one person and injuring another.

The flyover being constructed since January 2018 as part of the widening of NH 49 was targeted to be completed by 2022. Orienetal Construction was engaged in the construction work.

Sources said the flyover project cost is around Rs 1160 crore.

After receiving information, Deogarh Collector Sudhansu Mohan Samal, Additional Collector Dharam Hansdah and other district administration officials reached the spot. However, any official of Oriental Construction is yet to reach the mishap site.