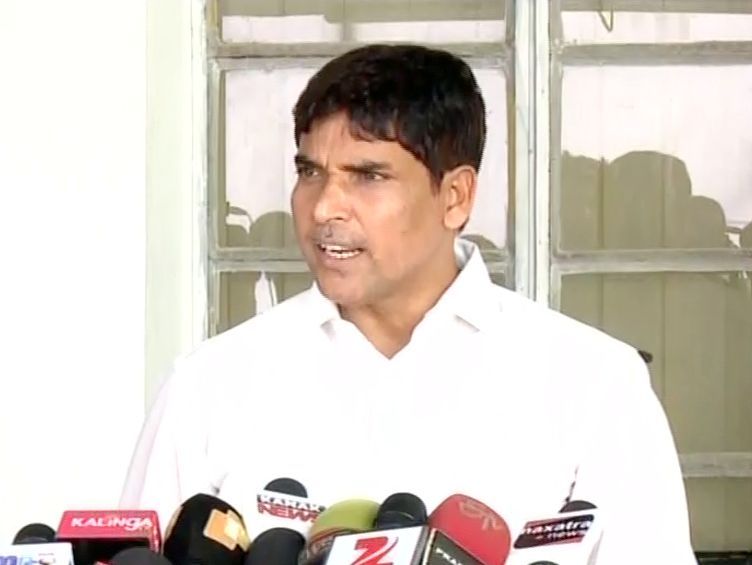 Bhubaneswar: Breaking his silence over the murder of a minor girl in Nayagarh district, Odisha Agriculture Minister Arun Sahoo said he is deeply saddened by the incident and urged political parties not to politicise it.

While issuing a statement in the House amid Opposition uproar, the Minister said he expects the minor girl’s family will get justice as the Crime Branch has been directed to investigate the matter, Sahoo said, adding that the accused will definitely get exemplary punishment.

Dissatisfied with the Minister’s statement, the Opposition continued uproar in the House. Speaker of the State Assembly Surjya Narayan Patro adjourned proceedings till 10:30 AM.

Earlier in the day, Opposition BJP and Congress members created ruckus in the State Assembly demanding resignation of Sahoo in connection with the murder of the five-year-old girl Pari of Jadupur village in Nayagarh district. They sloganeered near the Speaker’s podium demanding the minister’s resignation.

Also, the BJP legislators were seen holding placards and banners featuring photos of the Minister with Babuli Nayak, an accused of the murder case.

The din continued forcing Speaker Surjya Narayan Patro to adjourn the House initially for 20 minutes and then till 3 PM.

It is worth to be mentioned that the State Government directed the State Crime Branch to probe into the child’s murder. The deceased girl’s father Ashok Sahoo and mother Saudamini on November 24 attempted self-immolation outside the Odisha Legislative Assembly demanding justice for their daughter. Alleging police inaction in the case, the couple accused the Agriculture of shielding Babuli Nayak, the accused in the murder case. They claimed that Nayak is a close aide of the Nayagarh MLA.

The girl child went missing while playing in front of her house on July 14. Later on July 23, her decomposed body was found stuffed in a sack behind a house near a pond. Her parents alleged that Nayak had kidnapped and murdered their daughter.

The Sadar police registered a case under Sections 363, 364, 302, and 201 of the IPC on the basis of a complaint lodged by the minor girl’s parents.

Odisha govt changes criteria for merger of schools in…