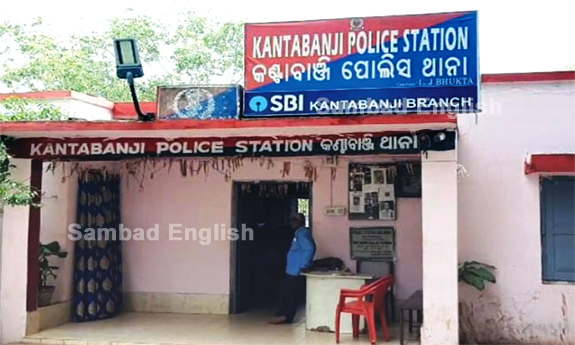 Balangir: Former Kantabanji sub-divisional police officer (SDPO) Hrusikesh Meher, who was previously alleged to have under-reported the cash amount seized following a raid conducted at a lodge in the locality, was placed under suspension today as part of disciplinary proceeding against him.

“During the period of suspension, the Headquarters of Sri Hrusikesh Meher, OPS, SDPO, Kantabanji, Dist-Bolangir is fixed at the Office of the SP, Nayagarh under the administrative control of the SP, Nayagarh,” an official order issued by the Additional Chief Secretary to Government of Odisha read.

“He is allowed to draw subsistence allowance U/R 90 of Odisha Service Code during the period of his suspension,” the official communique issued for the purpose mentioned.

It is pertinent to mention, a team led by SDPO Meher had raided Shree Annapurna Lodge on September 15 midnight and arrested at least seven persons belonging to Telangana for gambling. Police claimed at a presser held the next morning to have seized Rs 58,52,250 from possession of the gamblers.

The arrested brick kiln owners were residing in Room Nos-5 and 7 of the lodge. It is said that they had brought around Rs 1 crore and 7 lakh with them kept in few large bags. They had come to Balangir to employ some bonded labourers from the district, but indulged in gambling activities.

It was then alleged that the police team had hidden a part of the money seized during the raid.

After the matter was alleged by locals and media went abuzz with it, Balangir Superintendent of Police Kusalkar Nitin Dagudu directed Additional SP Suresh Nayak to conduct a probe in this regard.

In presence of local tehsildar, cash seized from the private hospitality facility was re-counted and an additional Rs 13 lakh was found from a bag kept in the Kantabanji police station.

Two of SDPO Meher’s friends namely Rajesh Verma and Sishir Agarwal along with three middlemen were also questioned during the probe conducted by ASP Nayak, which is underway.

The senior cop Meher earlier clarified in a press conference that he had disclosed the amount of money seized by police as was informed to him by the investigating officer (IO) concerned.

Briefing mediapersons here, Meher had said, “I had not filed the case. I had reported the seized cash amount in earlier press conference as per the information provided to me by the IO in Kantabanji police station. I have been intentionally grudged and now being shown as a culprit.”

Interestingly, Meher has admitted in the meanwhile during a quizzing that he had kept an additional seized cash of Rs 7 lakh with a person, who is closely known to him (the senior cop). With this, the total excess seized cash confirmed to be in the cop’s possession has reached Rs 20 lakhs.

The former SDPO was earlier transferred to Balangir district police headquarters. An enquiry report of the alleged embezzlement was recently submitted before departmental higher-ups.