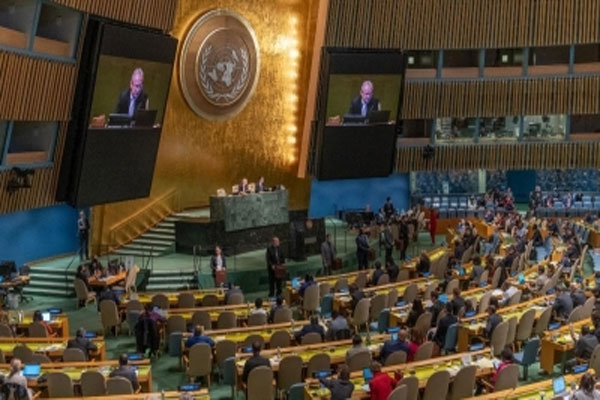 United Nations: The UN General Assembly has adopted a resolution to designate February 12 each year as the International Day for the Prevention of Violent Extremism as and when Conducive to Terrorism.

The resolution was adopted with 154 votes in favour, 0 against, and 4 abstentions, reports Xinhua news agency.

Belarus, the Republic of Congo, Madagascar and Russia abstained.

The resolution says the designation aims to raise awareness of the threats linked to violent extremism as and when conducive to terrorism, and to enhance international cooperation in this regard.

It invites all UN member states, entities of the UN Global Counter-Terrorism Coordination Compact and organisations of the UN system, as well as other international and regional organisations and other relevant stakeholders, to commemorate this international day in an appropriate manner, including through educational and public awareness-raising activities, and to share best practices in this regard.

Covid not over yet, prepared to manage any situation: Mandaviya