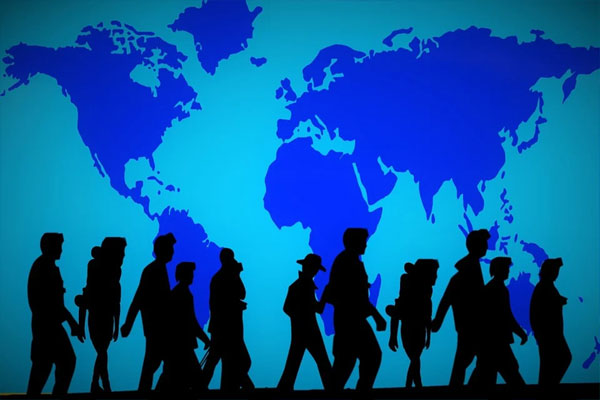 Geneva:  The UN Refugee Agency (UNHCR) has called for “concerted international action and solidarity” to secure access to Covid-19 vaccines for refugees, as well as for the forcibly displaced and stateless people.

In a statement issued on Wednesday, the UNHCR regretted that unequal access to vaccines and limited capacity of health systems could compromise the immunization of refugees, even if 153 countries included them in their vaccination strategies, reports Xinhua news agency.

“The blatant imbalances observed in vaccine-sharing among states are counter-productive and short-sighted,” UN High Commissioner for Refugees Filippo Grandi was quoted as saying in the statement.

“A ‘my country first’ approach just cannot work in a pandemic that knows no borders,” he added.

According to the UNHCR, only 20 nations are known to have vaccinated refugees on an “equal footing” with their citizens.

These countries, along with many other low and middle-income countries, host 85 percent of the world’s refugees, the UNHCR said.

The Geneva-based organization said that while these nations continue to “generously host” to bulk of refugees, they are being plagued with “financial challenges and fragile health systems.”

“We commend these countries (those that vaccinate refugees) for their exemplary dedication and leadership,” Grandi said.

“By including refugees in their vaccine distribution, they mitigate the risks associated with exclusion and discrimination.”

Reiterating its support for the COVAX Facility, the World Health Organization (WHO)-led initiative that aims to provide vaccine doses for low and middle-income countries, the UNHCR said that it needs an additional $455 million.

But to date, it has received only 13 percent of that sum in contributions and pledges.

The WHO said that as of Monday, more than 604 million Covid-19 vaccine doses had been administered, mostly in high-income nations.