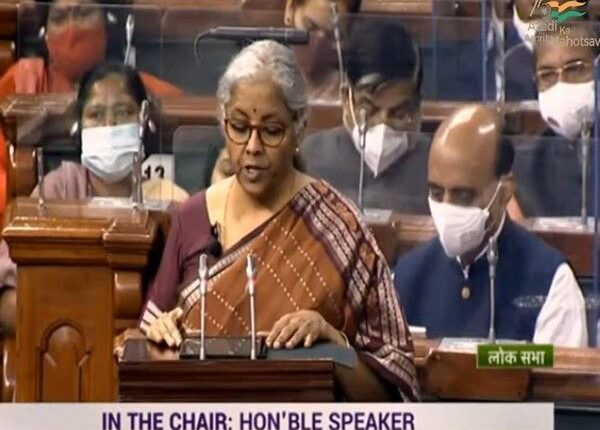 New Delhi: The Union Budget has allocated Rs 110 crores to “Azadi ka Amrit Mahotsav” commemorating 75 years of India’s independence, a provision under the Centenary and Anniversary Celebration scheme of the ministry.

The Ministry of Culture is the nodal agency for “Azadi ka Amrit Mahotsav”.

The official journey of “Azadi ka Amrit Mahotsav” commenced on March 12, 2021 at Sabarmati, Gujarat which began a 75-week countdown to the 75th anniversary of Independence and will end post a year on August 15, 2023. Since the start, more than 13000 events spread across 150+ countries, 28 States and 8 UTs in 270 days of AKAM have been held.

Approximately, 50 events per day,2 events per hour and 1 event every 30 minutes is being held under the AKAM. A proposal for enhancement of the outlay for the Centenary and Anniversary Scheme to Rs 980 cr over a period of 5 years with Rs 380 cr for the year 22-23 is under consideration.

Union Minister for culture G. Kishan Reddy said “I am grateful to Prime Minister Shri Narendra Modi Ji & Finance Minister Nirmala Sitharaman garu for an ‘Atmanirbhar Bharat ka Budget’. As India celebrates 75 years of independence with Azadi Ka Amrit Mahotsav, we are entering Amrit Kaal and this budget presents a blueprint for India at 100 years. Vikas (Development) and Virasat (Heritage) go hand-in-hand and this is evident from the fact that this year’s budgetary allocations for Tourism and Culture Ministries have been significantly higher.

In FY 2022-23, an enhanced amount of Rs. 532.55 Crore (9%) has been allocated for implementation of the Central Sector Schemes of the Ministry which includes Kala Sanskriti Vikas Yojana, Development of Museum, International Co-operation, Centenary and Anniversary Celebration scheme and Development of Libraries and Archives.

Conviction can be solely based on dying declaration without corroboration: SC