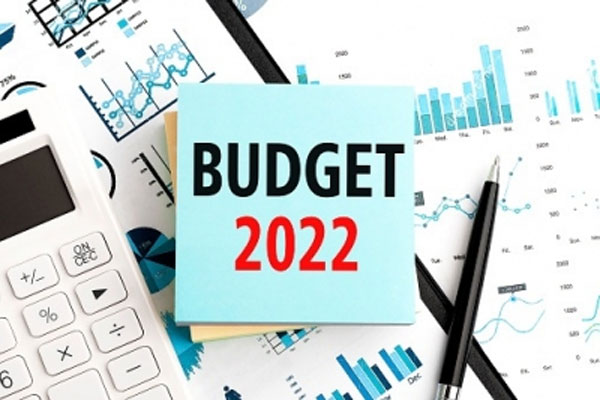 The Budget is also directionless because it has made an erroneous diagnosis of economic malaise plaguing our economy. Covid-19 may have begun as a health crisis but has become an economic one now. The Budget assumes that the present economic malaise is triggered by supply-side constraints. Actually, the problem is mainly due to demand compression, though supply disruption is partly responsible.

The fact is that on the expenditure side, 54.8% of GDP is accounted for by Private Final Consumption Expenditure (PFCE) and 33% by Gross Fixed Capital Formation (GFCF). The household spending measured through private final consumption expenditure is still 3% below the pre-pandemic level with concomitant decline of demand.

This is also corroborated by the Consumer Sentiments Survey conducted by the RBI which although reports an improvement in the composite index from September to November 2021 but still, 71% of the respondents perceive that the economic situation has worsened in the current year and 39% perceive that it is going to worsen in the future.

On account of investment measured in terms of gross fixed capital formation, the government estimates that GFCF will grow by 6.1% in the second half of the current fiscal year but this is hard to materialise because capacity utilisation in India’s industry is about 60% and finished goods to inventory and raw material inventory to sales ratio continues to be high reflecting low-capacity utilisation. In such a scenario private investment do not take off and in the household sector, there is not adequate resource to be invested.

The grim reality is that due to draconian demonetisation and flawed GST, the economy started losing growth momentum which had increased consistently from 5.2% in 2011-12 to 8.3% in 2016-17. Since 2016-17, it has declined in each year to touch 3.7% in 2019-20 before contracting by 7.3% in 2020-21 due to pandemic. The pandemic has just exacerbated the situation, corroded purchasing power of people and squeezed demand. No attempt is made in Budget to raise purchasing power of people which is necessary for rise in demand and investment.

The government must realise the harsh reality that India is descending towards catastrophic human suffering and state failure. The Budget comes at a time when the economy has assumed the dangerous K-shaped of recovery with the rich getting richer and the poor getting poorer. While stock market is booming, real economy is crumbling. The Budget has casually ignored the economy’s travails and provided neither stimulus nor succour to those in distress. In past, India’s stimulus package given in past is very low compared to other advanced countries.

The last two years have been wasted fully with people being beleaguered by excruciating experience of pandemic. Poor Indians also saw erosion of their purchasing power and demand due to unprecedented rise of prices of essential commodities and hyperinflation.

Distributive justice is an important role of state concerned with the fair allocation of resources among diverse members of a community because societies have a limited amount of wealth and resources. Fair allocation of resources means generating more resources by taxing the rich according to their capacity and spend more in health, education, welfare activities and give more subsidies to vulnerable section of societies and reduce inequality, poverty, hunger and unemployment. But Budget failed to address above.

Before pandemic, India’s unemployment rate had reached 45 years of high of 6.1% in 2017-18. Pandemic further exacerbated which reached all time high of 27.1% in May 2020. In December 2021, the unemployment rate was 7.9% in December 2021 and employment was 40.6 crore. This was 29 lakhs less compared to the employment in 2019-20 (i.e., pre pandemic level). To reach global employment rate standards, India needs to employ an additional 18.75 crore people. But no step is taken to create employment. The promise of 60 lakh jobs in five years are nothing more than a jumla. According to P Chidambaram, when educated youth unemployment is highest, India is recruiting 78,264 persons against 8,72,243 vacancies in the central government, leaving nearly 8 lakh posts vacant.

During pandemic, it was MGNREGA that provided employment to many rural poor including who migrated to rural areas from urban areas. There was demand to similar scheme for urban workers. But the Budget trimmed the MGNREGA outlay to Rs 73000 crore from revised estimate of Rs 98000 crore in 2021-22. It is said that 9.1 million households who demanded work under the scheme until December 31, 2021 had not been given work. MGNREGA is aimed at enhancing livelihood security of households in rural areas of the country by providing at least 100 days of guaranteed wage employment in a financial year.

India has the ignominy of having the highest number of hungry and poor people of the world. While nearly 25% are multidimensionally poor, more than 19.4 crore people are hungry. Over 16,000 people committed suicide due to bankruptcy or indebtedness, while 9,140 people ended their lives due to unemployment between 2018 and 2020. Hence, subsidy to poor and farmers is an integral part of any Budget to help vulnerable sections of society and ensure distributive justice. But government seems to have been inundated by ignorance bliss– a state of not knowing and not wanting to know about unhappy things or possible problems.

While the present government is very consistent in giving huge concession to corporates and the rich, it harbours disdain for the poor and farmer which is reflected through the reduction of subsidies levels. The food subsidy which was Rs 541,330 crore in budgeted estimate of 2020-21 had declined to Rs 286219 crore in revised estimate (RE) of 2021-22. It has been again brought down by 27.8% to Rs 206481 crore in 2022-23. This portends there will be at least a partial rollback of the scheme which has been providing additional five kilograms of free food grains to 80 crore people. At a time when international food prices have risen sharply and even domestic food inflation is beginning to increase, this could take away the limited cushion to household budgets of the poor.

On the other side, a reduction in the government’s food distribution programme will also entail a cutback in procurement from farmers, which in turn, will generate headwinds for farm incomes. To add woes and exacerbate farmers’ distress, the fertilizer subsidy has been condensed by 24.9 % to Rs 1,05,222 crore in 2022-23 from Rs 1,40,112 crore in the previous fiscal. Fertiliser prices are extremely sensitive to petroleum prices, so this reduction could be a result of the government’s assumption of crude price

Due to decline of health and education expenditure, standard of living of people are adversely affected. Many people are dragged in to quagmire of poverty line or forced to sell their property, assets or incur debt to defray the expenses on health and education. But Budget has failed to address those concerns.

The Budget is also anti-farmer and ignored the important sector like agriculture as the Centre did not just reduce allocation for the minimum support price (MSP) of crops but also the number of beneficiaries of MSP and procurement targets. Finance Minister Nirmala Sitharaman stated that the target for the purchase of two crucial crops -paddy and wheat -has been reduced from 1,286 MT to 1,208 MT. MSP allocation has been reduced from Rs 2.48 lakh crore to Rs 2.37 lakh crore. The government did not just reduce their targeted procurement but also the Budget allocation essential for the agriculture sector by 4.5%.

When nothing substantial was being done to address above host of economic problems arising in the aftermath of the pandemic, there has been abysmal allocation for covid-vaccination in 2022-23 which is Rs 5,000 crore, one-eighth of the revised estimates (RE) of Rs 39,000 crore of previous fiscal. What is worrisome is that around Rs 20,000 crore is yet to be spent. The corpus of the PM-CARES on March 31, 2021, stood at Rs 10,990 crore since the time the fund was started on March 27, 2020. Of this, the audited financial statement for the year showed that it had disbursed only Rs 3,976 crore of this, or a little over 36%.

Hence, there is no doubt that the Budget has lost its purpose and fails to address various problems plaguing Indian economy.