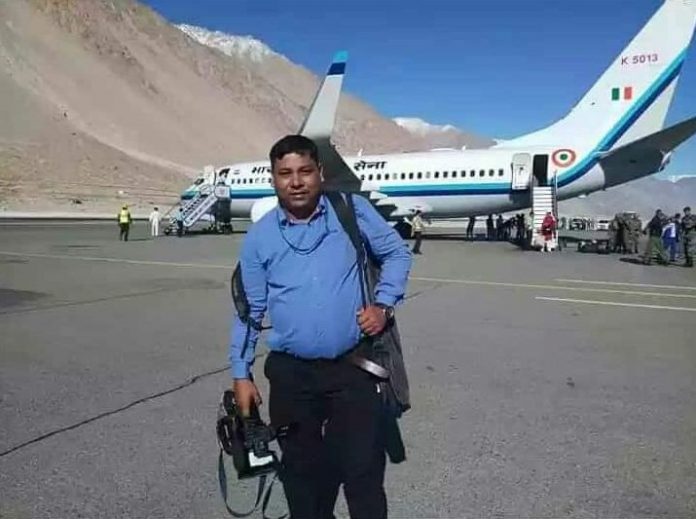 Bhubaneswar/New Delhi: Union Information and Broadcasting Minister Rajyavardhan Singh Rathore today announced ex-gratia of Rs 15 lakh to the next of kin of Odisha-born DD News cameraman Achyuta Nanda Sahu who was killed in a Naxal attack in Chhattisgarh.

According to an official notification issued by the Ministry, Rs 10 lakh would be given as ex gratia by Doordarshan and Rs 5 lakh would be from the Journalist Welfare Fund of the Press Information Bureau.

Earlier in the day, Rathore, while speaking to the media, promised all assistance to the family of the cameraman. “We will take care of his (cameraman’s) family. We salute all those mediapersons who go for coverage in such dangerous situations, remember their bravery,” he added.

Sahu, a native of Ghusuramunda village of Loisingha block in Balangir district, had first served the Indian Army before becoming a professional news cameraman.  After serving for some years in the Army, he had obtained voluntary retirement and studied at the Biju Patnaik Film and Television Institute of Odisha in Cuttack and later joined as a cameraman in the Doordarshan in 2013.

Earlier in the day, a Maoist ambush killed Sahu and two policemen in Chhattisgarh’s Dantewada district, which is set to go for polling in the first phase of Assembly elections in the state on November 12.

Two other police personnel and a journalist also sustained injuries in the ambush, the second in the last four days, that took place around 11.20 a.m. when a Doordarshan crew was moving with a security patrol for coverage in Aranpur area, Deputy Inspector General of Police P. Sundarraj told the media.

Slain Odia cameraman’s colleague remembers him for love of challenges