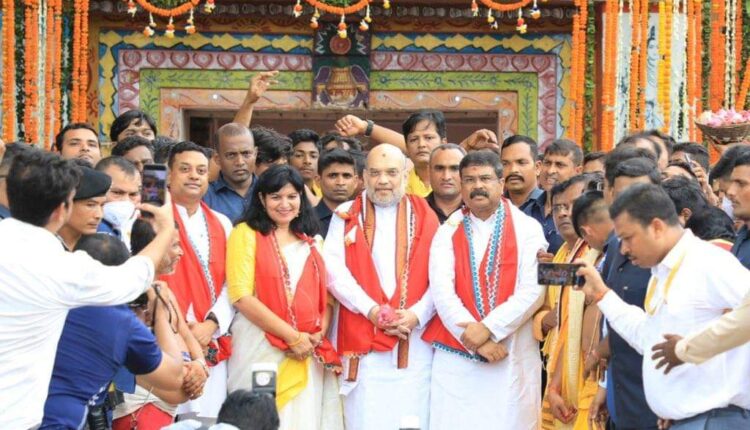 Bhubaneswar: Union Home Minister Amit Shah, who is on a two-day visit to Odisha, visited Lingaraj temple amid tight security and offered prayer to the Lord on the occasion of the last Monday of holy Shravan month today.

Shah offered ‘Jalabhishek’ to Lord Lingaraj and performed a Puja near Goddess Parvati inside the temple. Ten platoons of police force were deployed for his visit to the temple this morning. 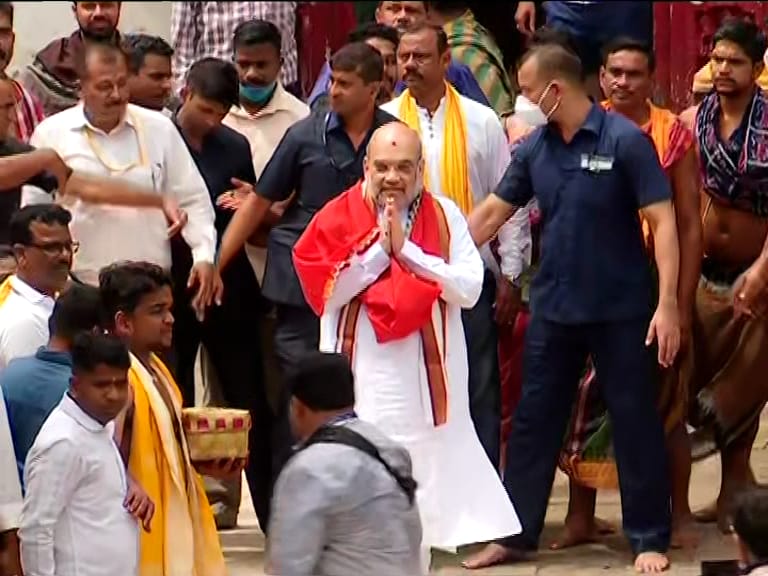 The BJP top leader arrived at Biju Patnaik International Airport (BPIA) here on a special flight late last night, accompanied by Union Minister Dharmendra Pradhan. After arriving, Shah took to Twitter and wrote, “Looking forward to attending various programs in Odisha. I am grateful to the people of Bhubaneswar for the warm welcome.”

He is scheduled to attend several events during his two-day visit to the state. After visiting Lingaraj temple, Shah will head to Netaji Subhas Chandra Bose’s birthplace museum in Cuttack and pay floral tribute to Netaji on the occasion of ‘Azadi Ka Amrit Mahotsav’. He will also attend the 75th anniversary of leading vernacular daily Prajatantra at Indoor Stadium in the city.

Later, the Home Minister is scheduled to visit the BJP office in Bhubaneswar, where he will hold discussions with senior party leaders. In the evening, he will attend a book reading of [email protected] here before flying back to Delhi.

Meanwhile, elaborate security arrangements have been made in the Twin City for his two-day programme.

Fourth set of human remains found at drought-stricken US lake