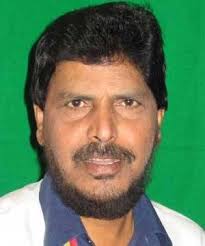 “With a coach like Anil Kumble, players like Kohli, Yuvraj and several others who batted so well in the entire tournament, how could we lose to a team like Pakistan? It is a shameful thing for our country” Athawale told media on Friday after attending meetings with district officials in Vadodara, Gujarat.

“They hit so many centuries in this tournament. What happened to them during the final match?” the Republican Party of India leader questioned.

Pakistan won the tournament with a 180-run victory over India in the June 18 final.

The margin of victory was the largest by any team in the final of an ICC One Day International (ODI) tournament.

“It seems that this match was fixed. I demand an inquiry into it,” Athawale said.

The Minister of State for Social Justice and Empowerment also demanded a reservation of 25 per cent for the Dalit community in cricket and other games.

“Those who can’t perform, should now relax and deserving cricketers from the Dalit community should be given a chance to come ahead. I demand 25 per cent reservation for them in cricket and other games,” Athawale said. (IANS)

Why Do I Write?