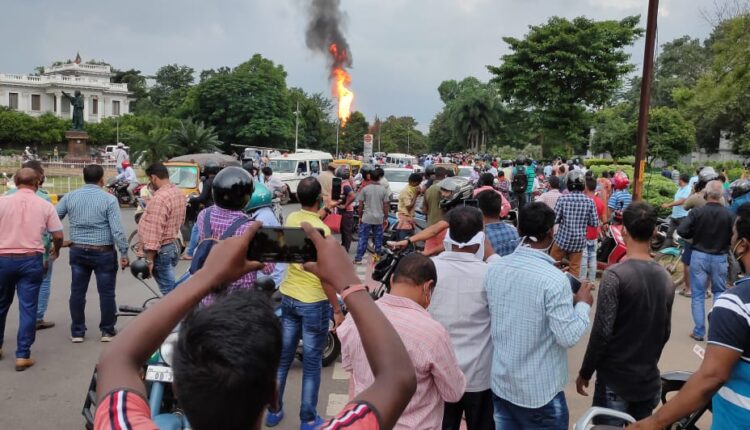 Bhubaneswar: Union Minister for Petroleum and Natural Gas, Dharmendra Pradhan today ordered the Ministry’s Secretary to submit a report as early as possible after conducting a probe into the petrol pump blast in Bhubaneswar.

Pradhan asked the Secretary to hold discussions with senior officials of the Odisha government and Indian Oil Corporation Ltd and submit a report about the incident.

The Union Minister also wishes speedy recovery of the injured in the petrol pump blast incident.

At around 1.12 pm today, a big explosion and fire broke out occurred at a petrol pump near Raj Bhavan in Bhubaneswar. The intensity of the blast was so much that the area jolted for few minutes under the impact.

As per reports, four people sustained grievous injuries in the petrol pump blast incident. So far no death casualty has been reported.

A team of Forensic team reached the spot to investigate the matter.