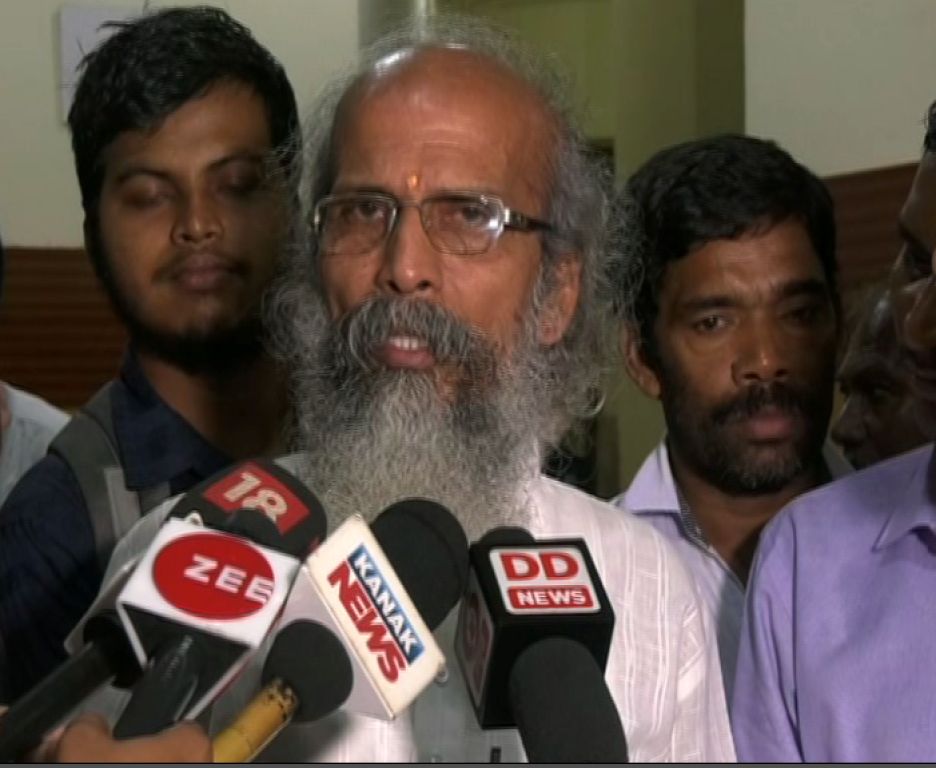 Bhubaneswar: Union Minister Pratap Sarangi on Monday urged the Odisha government to implement Ayushman Bharat health scheme at the earliest saying it will benefit a large number of migrant Odia labourers stuck in other states due to the nationwide lockdown.

In a letter to Chief Minister Naveen Patnaik, the senior BJP leader said he has been interacting with migrant labourers from Odisha stranded in different parts of the country to provide them with all possible assistance in terms of food, ration, medicines and even hospitalization.

“I have noticed that many migrant labourers, having critical ailments, are facing a great deal of financial difficulties in receiving requisite treatment outside the state as the Government of Odisha has not implemented the Ayushman Bharat Pradhan Mantri Jan Arogya Yojana,” Sarangi, who hails from Odisha said.

The Union Minister of state for MSME, Fisheries, Animal Husbandry and Dairying said that Ayushman Bharat has been the most significant state intervention under the leadership of Prime Minister Narendra Modi.

As such, healthcare professionals have predicted that due to the prevailing situation and continued trauma, the post-COVID-19 period may witness a discernible fall in the health profile of people, aggravating the already underlining conditions of morbidity in a sizeable section of the population, said Sarangi.

“Considering the current COVID-19 situation and its deleterious aftermath, I request you to kindly consider implementing the Ayushman Bharat Pradhan Mantri Jan Arogya Yojana in the state at the earliest,” he said in a letter to Patnaik which was released to the media.