Union ministers from Odisha at Delhi Jagannath Temple after oath 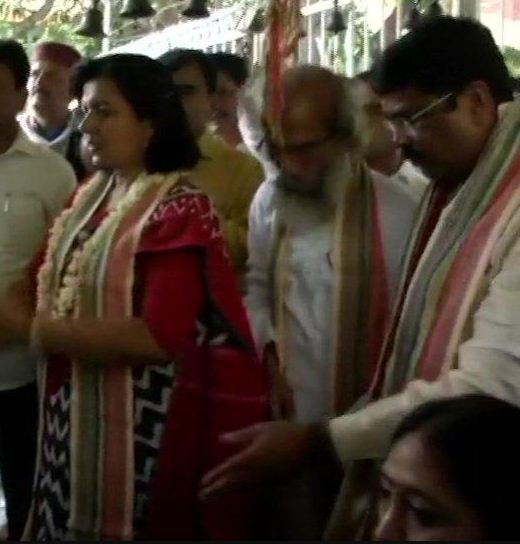 Accompanied with former bureaucrat Aparajita Sarangi, who is the first-time MP from Bhubaneswar Lok Sabha Constituency, Union Ministers Dharmendra Pradhan and Pratap Sarangi were spotted at the temple at Hauz Khas in the morning.

They offered prayer at the temple seeking blessing from the deities.

Both Pradhan and Sarangi got ministerial berth in Team Modi 2.0, which took oath of office and secrecy at Rashtrapati Bhawan in New Delhi yesterday evening.

While Rajya Sabha MP Pradhan was sworn-in as the cabinet minister in Modi’s new team, the newly elected MP Pratap Sarangi from Balasore parliamentary constituency was picked by PM Modi as the MoS.