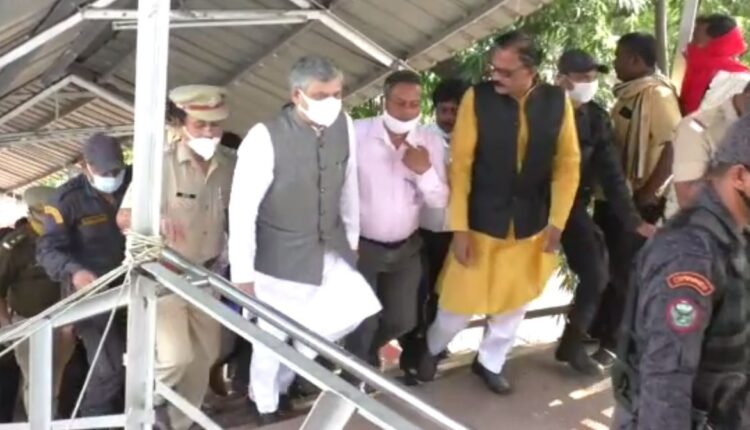 During his visit to Jharsuguda to inspect the Jharsuguda Electronic Interlocking System, Vaishnaw also discussed about issues related to railway in Jharsuguda district.

He was accompanied by Archana Joshi, General Manager, SER & ECoR and other senior officials during his second day visit to Jharsuguda.

Tripathy demanded before the Railway Minster to ensure Bilaspur, Sambalpur and Chakardharpur divisions are combined and controlled from Jharsuguda station. The Union Minister agreed upon the proposal.

Tripathy also requested Vaishnaw that the Old Post Office building at Jharsuguda, built during the British Raj (1892), should be renovated and declared as a heritage building.

The Minister arrived in Jharsuguda yesterday evening from New Delhi and has been back to the national capital today evening.

MEMU trains to run between Bhubaneswar and Nayagarh; here’re details