Unique blood group, 1st in country, found in 65-YO man 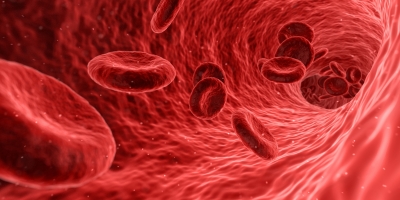 Ahmedabad: A man in Gujarat, who passed away during the course of treatment, has been identified with a unique blood group, which is said to be the first in the country and 10th in the world, as per reports.

The 65-year-old man from Rajkot needed a heart surgery last year after he suffered a heart attack. However, after the doctors conducted a test to determine the blood group of the patient, they couldn’t find any match in Rajkot.

The patient was then referred to Ahmedabad, but here too the doctors couldn’t find a match.

The lab testing the blood sample found something strange, and subsequently sent it to a lab in New York for testing. It took a year for the researchers to come to the conclusion that the blood group was AB+ blood group with EMM ‘negative’ frequency. In the meanwhile, the patient died a natural death a month ago.

Zalak Patel, transfusion medicine specialist in the Red Cross society, Ahmedabad, told IANS that O, A, B and AB are the common blood groups found in human bodies.

There are more than 40 blood systems like Rh and Duffy and more than 350 antigens connected with red cells. EMM is kind of a high-frequency antigen, which is very much common to find. But this patient did not have EMM in his blood, Patel said.

EMM antigens are antibodies that develop naturally in the human body. There are nine globally registered persons in the world with EMM negative blood type. Now a 10th person from Gujarat has been added to that list.

Ripal Shah, Medical Director at Prathama Laboratory in Ahmedabad, said that the patient has AB+ blood group, which was cross-checked with 40 to 50 samples which the lab had.

“We tried various techniques available in India to match his blood. I realised there was something strange with his blood. We also matched his blood with his son and daughter’s samples. But that did not work either. So we sent the sample to New York.

“It took more than a year for them to come to a conclusion. The process also got delayed due to the Covid pandemic. In between, the doctors gave him medicines to increase the haemoglobin level. While the haemoglobin level increased, the patient was not in a condition to undergo the surgery, so the doctors postponed it. He also got infected by Covid. He died a natural death a month ago,” Shah said.