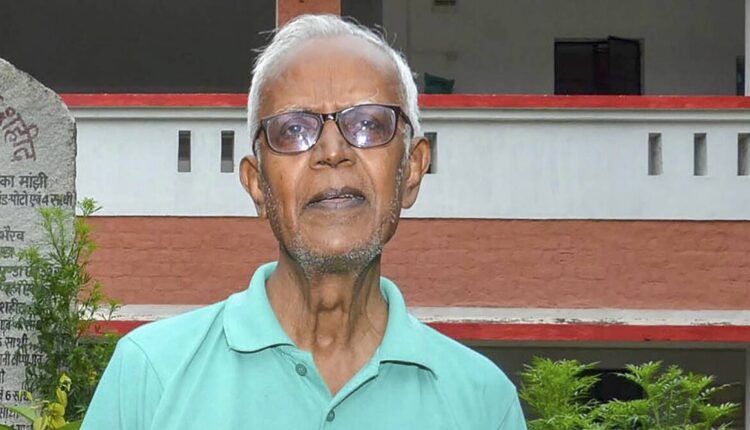 United Nations: UN Secretary-General Antonio Guterres sends his condolences on the death of Father Stan Swamy, an activist for Adivasi causes and a Catholic priest, his spokesperson Stephane Dujarric said on Tuesday.

“We send our condolences to his family and his friends, but I think it’s one of these cases where there needs to be clarity around when and how he passed away,” Dujarric said answering a question at his daily briefing about the death of Swamy who was awaiting a court decision on a bail application.

Father Stan Swamy to be laid to rest at Bandra’s St. Peter’s Church

Earlier, a spokesperson for UN High Commissioner for Human Rights Michelle Bachelet said she is “deeply saddened and disturbed” by the death of Swamy.

“We are deeply saddened and disturbed by the death of 84-year-old Father Stan Swamy, a human rights defender and Jesuit priest, in Mumbai yesterday, following his arrest in October 2020 under India’s Unlawful Activities (Prevention) Act (UAPA),” her spokesperson Liz Throssell said.

Bachelet also called for releasing “every person detained without a sufficient legal basis, including those detained simply for expressing critical or dissenting views” in view of the Covid-19 pandemic, adding that “this would be in line with the Indian judiciary’s calls to decongest the prisons”.

“Bachelet and the UN’s independent experts have repeatedly raised the cases of Father Stan and 15 other human rights defenders associated with the same events with the Government of India over the past three years and urged their release from pre-trial detention,” Throssell said.

“The High Commissioner has also raised concerns over the use of the UAPA in relation to human rights defenders, a law Father Stan was challenging before Indian courts days before he died,” she added.

The international organisation, Human Rights Watch, said that it was “deeply dismayed” by the death of Swamy while in custody.

“This is a man that has for decades served those most marginalised in India. To treat him with such indignity and cruelty exposes the shortcomings in the Indian criminal justice system,” HRW said.

“His death follows repeated indignities that were heaped upon him by Indian authorities that failed to accommodate his disabilities due to Parkinson’s disease requiring him to have to plead in court for a straw to sip with,” it added.

It called for the repeal of UAPA and other “under severe counter-terrorism and sedition laws” because of what it said were their “repeated misuse” and for the government to stop opposing bail for “peaceful activists in jail”.

Delta COVID variant spreads rapidly in US as cases surge

90% of 3.4 million people in NW Syria in catastrophic…

‘Child poverty to remain above pre-Covid levels in…