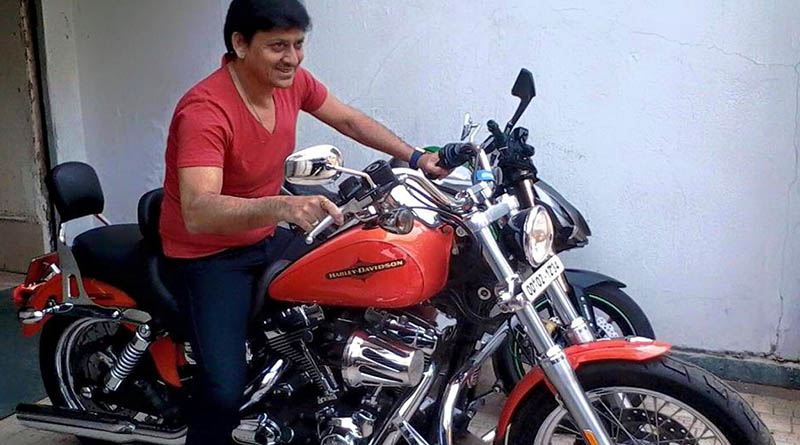 You might romance the notion that megastar-cum-politician Siddhanta Mahapatra or distinguished politico Baijayant Jay Panda might be doing something phenomenal in their pastime like wandering around in their private jet or resting somewhere on a secret island in Bahamas. But no, pause on your imagination. These and other politicians of Odisha have amusing hobbies that keep them busy when they are not in the political arena.

We have rounded off the leisure pursuits of five distinguished politicians. Get to know them differently; perhaps you might want to pick up one of their hobbies yourself!

There are actors who play politicians on the big screen and there is Siddhant Mohapatro who has made this transition in real life. After delivering edgy performances in Ollywood movies for more than a decade, Siddhanta forayed into being a tough politician. This MP from Berhampur has many-a-time been spotted riding and flaunting a Harley Davidson and a Kawasaki 1000cc, only to melt our hearts. That he is an active member of Bhubaneswar Super Bikers Club who a little while ago, throttled his way to Europe on a biking expedition makes him a true bike fanatic. We hope that ‘Munna Bhai’, as he is popularly known, stays geared always!

Stating himself as an Accidental Politician, Baijayant Panda is now an honorary figure of Biju Janata Dal (BJD) and the MP from Kendrapada. Not many people know that previously he was a Wall Street analyst and a restaurant developer in New York, soon after which he got inspired by Rajiv Gandhi to return back to his hometown. But the ‘plane’ truth is that Mr. Panda is an aviation geek, a 1341 hour pilot. Although originally he wanted to join the Air Force, he ended up becoming a full time politician. Baijayant Panda is qualified for flying in several countries and doesn’t mind touring around in his chopper every now and then. Keep soaring high Mr. Panda, we must say!

Fear not our sturdy agriculture minister, for he knows how to enhance the potency of seeds in a theatrical way. Pradeep, who owns a renowned mobile theatre (jatra) group of the state, has a dramatic way of dialogue delivery which is very popular amongst the young and old alike. That apart, his fondness for farming is something not many people know about. So much is his inclination that he owns a farmhouse in Pipili wherein he frequents to steer the fishing and cultivation activities being undertaken in his farm-mansion. Now we wonder why the age old proverb, “As you sow, so shall you reap” sounds so jatra at times!

The district of Nayagarh, Odisha has held a prominent place in the history of Odia literature, especially Odia poetry. Among others, Arun Sahoo, the MLA of Nayagarh is the one who excels in penning different genres of poems and has written quite a many throughout his career. Being a socialite himself and a sports aficionado, Arun Sahoo writes poems on the distress of poor and nature’s beauty, some of which include Ghasa Ra Bichara, Barsa Ro Basana and many others. That apart, he in into social reform writings as well. He is so dedicated towards his passion that no matter what, he constantly gets into his creative zone to compile short and long poems. Since this MLA has already earned the ‘Poetic License’ we would better suggest to beware the poetic politician!

Senior BJP leader Biswabhushan has always had an avid inclination towards writing. Hailing from a literate family, writing has been a lifelong zeal since his early years. Some of his prominent one act plays have even been staged in different places of Odisha besides being featured in famed magazines. To name a few, Manasi, Rana Pratap, Sesha Sikha, Adhisaptakarna are some of his remarkably penned write-ups. A man who has always aspired to preserve the rich tradition of Odisha is now the Chairman of National Council of Martial Tradition & Culture for which he plans to script plays in the later days. With such exemplary talent, Biswabhushan Harichandan is indeed a person to be awed!