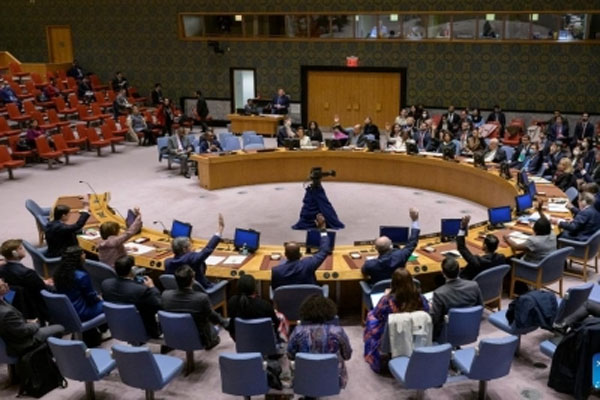 United Nations: The UN Security Council (UNSC), meeting independently from, but concurrently with the General Assembly, elected Leonardo Nemer Caldeira Brant of Brazil to the International Court of Justice until February 5, 2027.

Brant will serve with immediate effect, filling the vacancy caused by the death of Judge Antonio Augusto Cancado Trindade of Brazil on May 29, reports Xinhua news agency.

Under the terms of the court’s statute, a candidate obtaining an absolute majority of votes in both the Security Council and General Assembly is considered elected.

In the Security Council, eight votes constitute an absolute majority, and no distinction is made between its permanent and non-permanent members.

By contrast, all 193 member states in the General Assembly are electors.

Accordingly, for the election, 97 votes constitute an absolute majority in the General Assembly.

The International Court of Justice, based in The Hague, is one of the principal organs of the US.

Also known as the World Court, it adjudicates legal disputes between states, and provides advisory opinions on legal questions submitted by other UN organs or agencies.

The court consists of 15 judges, with five judges elected every three years.

In the case of death or other vacancy, a judge is elected for the remainder of the term.

Unfortunately, there is no choice: Musk on Twitter layoffs