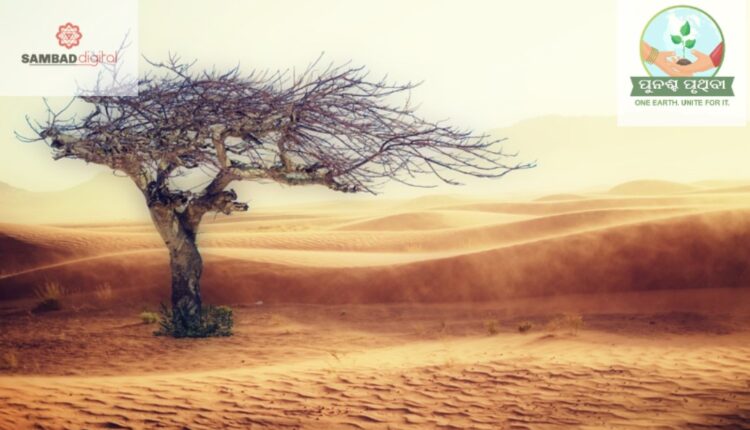 Bhubaneswar: Climate change is a major factor behind increase of Earth’s temperature as well as extreme weather events and unstable weather. The temperature variability has resulted in 3.4% deaths between 2000 and 2019.

According to a study published in ‘The Lancet Planetary Health’, the erratic temperatures led to an average of 1.75 million deaths every year from 2000 to 2019.

“Globally, 1,753,392 deaths were associated with temperature variability per year, accounting for 3·4% of all deaths. Most of Asia, Australia, and New Zealand were observed to have a higher percentage excess in mortality than the global mean,” the study finds.

The mortality due to unstable weather conditions increased by about 4.6% per decade. The largest increase occurred in Australia and New Zealand (7·3%), followed by Europe (4·4%) and Africa (3·3%).

“The temperature variability, another challenging aspect of climate change that reflects weather stability, has less public awareness and has been less investigated compared with non-optimum temperatures,” an environmentalist said.

Many policies have been made to address threat of climate-related extreme events including heatwaves and air pollution. However, policies and strategies rarely exist to effectively cope with the adverse health impacts of temperature variability.

To protect human health against temperature variability, proactive countermeasures such as warning systems, community-level responses, and instructions for self-protection are necessary, the study suggested.

Experts said that the temperature variability has similar impacts to air pollution and non-optimum temperatures on global mortality. Some countries, especially developing countries, will suffer disproportionately more from the adverse effects of global climate change, which could be a potential driver for international inequality.

There is one solution i.e. to develop early warning systems of temperature variability. Development of guidance on self-protection (For example, stay indoors, take clothes, and take care of vulnerable populations, such as children and older people) with community social programmes will help people understand what they need to do when temperature fluctuates over a short time period, the study further suggested.