A high-level team of officials had then assured for early completion of the project. 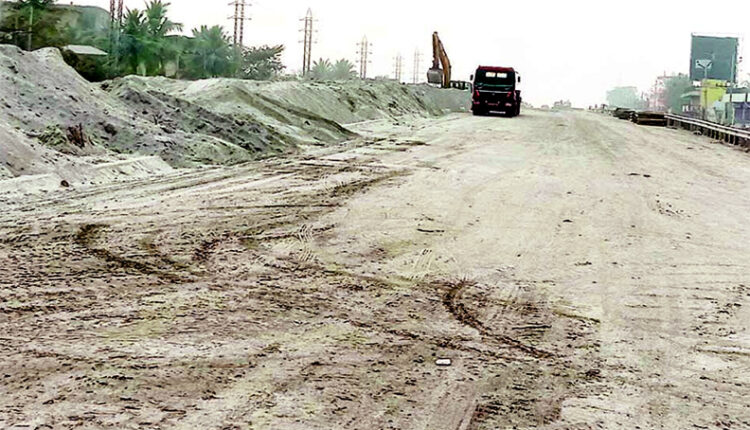 Bhadrak: As many as 19 persons were killed in two years allegedly due to adverse road conditions in an ongoing six-laning and expansion work on NH-16 in Bhadrak district, a source said.

The 30-kilometre long stretch of road starting from Akhuapada up to Ranital has not been completed yet even as the deadline has already ended. The road-laying work that started in 2018 should have been completed by 2021. A part of the national highway in Jajpur district is complete now.

“Traffic snarls are very commonly seen in Barikpur, Nalanga, Gelapur and Aradi Chhak over bridge areas. As a result, road mishaps occur frequently and have claimed many lives,” some locals rued.

Hundreds of vehicles ply every day on one side of the road. The service roads at Aradi Chhak, Bant Chhak and Stadium Road Chhak in the district have narrowed down, thereby turning the national highway into a death trap. As there are no traffic posts to regulate vehicular movement, heavy vehicles like trucks and buses move speedily causing utter problems for commuters, they stated.

Particularly, the patch of the road from Dahanigadia in Bhadrak up to Ranital is miserable.

The high-level team of officials had then assured for early completion of the project.