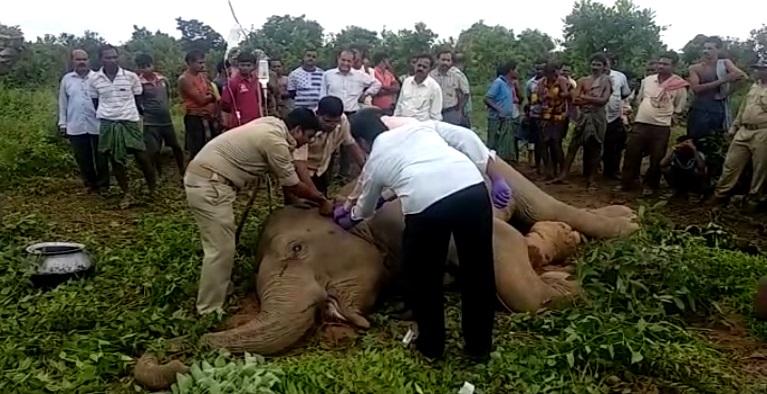 Cuttack: Herpes virus is suspected to have infected elephants in Odisha with another case reported from Chandaka-Dampara sanctuary following jumbo deaths at Nandankanan Zoological Park on outskirts of Bhubaneswar.

The forest officials along with veterinary doctors rushed to the spot on receiving information about an ailing elephant, who was found near Chandaka forest.

According to reports, the locals had spotted the elephant lying on a roadside near Banra in Cuttack district this morning.

The elephant is said to be 12 years old. It is suspected to have been infected with herpes virus.

A team of official from OUAT also reached the site to examine health condition of the elephant.