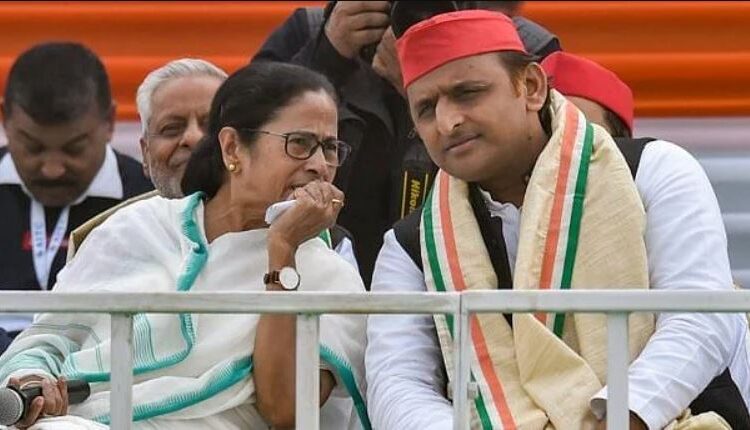 According to sources, the Chief Minister is expected to reach the party office in Lucknow at about 5 p.m., where she will hold a press conference and appeal to the people of the state to support the SP and its leader in the polls.

She is also expected to address a virtual joint rally with Akhilesh.

The Chief Minister had campaigned for the SP in the 2017 Assembly polls.

On February 2, the Trinamool Congress chief told the media that her party would contest the Lok Sabha elections from Uttar Pradesh in 2024.

“We will fight elections from Uttar Pradesh in the 2024 Lok Sabha elections. In Uttar Pradesh, I am not going to contest Assembly polls but I am going to support SP chief Akhilesh Yadav,” she had said.

She has also made an appeal to all regional parties to join hands in defeating the Bhartiya Janata Party (BJP) in Uttar Pradesh.

The Trinamool Congress is seeking to increase its footprint ahead of the 2024 Lok Sabha elections in the state.

The Assembly elections in Uttar Pradesh will be held in seven phases from Thursday and counting of votes will take place on March 10.