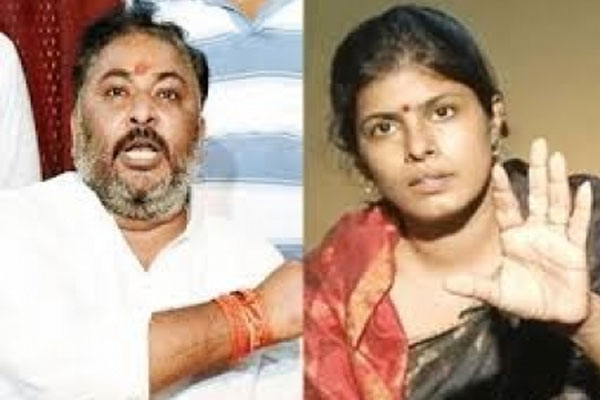 Lucknow: A piquant situation has emerged in Lucknow’s Sarojini Nagar Assembly seat where husband and wife are together staking their claim to the ticket in the BJP.

The couple in question is Swati Singh, a minister in the Yogi Adityanath government, and her husband Daya Shankar Singh, vice president in the BJP’s state unit.

Swati Singh is the sitting MLA from Sarojini Nagar and is keen to get the ticket for a second term.

Swati’s entry into politics was ‘accidental’ in a way.

Her husband Daya Shankar Singh was in the eye of a storm in July 2016 when he made some disparaging remarks against BSP president Mayawati.

The BSP launched a major agitation against Singh and the BJP went on the defensive. Singh was arrested and the BJP expelled him.

However, weeks later, the BJP brought in Daya Shankar’s wife Swati Singh, as the chief of its women’s wing.

Swati Singh, till then, was a homemaker and a complete novice in politics.

However, she learnt the ropes and won the 2017 election from Sarojini Nagar. She went on to become a minister of state in the Yogi Adityanath government.

Her tenure as minister has been mired in controversy — one of them being her inaugurating a beer bar soon after becoming minister.

Daya Shankar Singh’s expulsion, meanwhile, was quietly revoked and he was appointed vice president of the state unit in February 2018.

When asked to comment, Daya Shankar Singh said, “I did not get the ticket last time due to the controversy but my team worked hard to ensure Swati’s victory. This time I would like to contest the elections but it is up to the party to take a call.”

Swati Singh, on the other hand, refused to comment.

Sources said that both, husband and wife, are lobbying for their ticket through different leaders in the party.